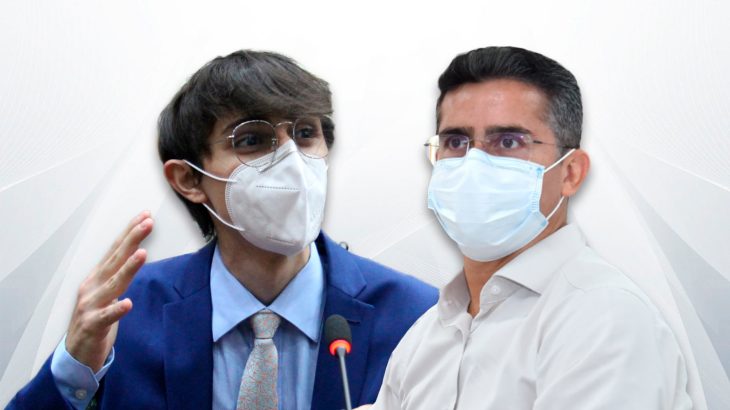 MANAUS (AM) – The councilman Amom Mandel (no party) formalized the allegations of possible corruption scheme committed by the Manaus City Hall, through the Municipal Department of Women, Social Assistance and Citizenship (Semasc), to the Public Ministry of the State of Amazonas (MPAM), the Audit Court of the State of Amazonas (TCE-AM) and the Ombudsman of the City Hall. The parliamentarian asked for the removal of those involved in the case.

In the denunciation, Mandel cited two Social Assistance Reference Centers (Cras) that enabled the distribution of food baskets with expired food to low-income families. “We found irregularities in the Cras of the Crespo neighborhood and in the São José 4 unit,” he said. The parliamentarian said that, so far, five municipal servers, located in the office of the holder, Jane Mara Silva, would be involved in the schemes.

According to parliamentarian, among the servers would be the name of Paula Jessica, who would be secretary’s cousin and one of those responsible for distributing the baskets. “I hope the mayor of Manaus does the right thing, that he removes the secretary, the subsecretary who ordered the expenses and all those involved in the process, it is worth saying here that all contract inspectors are employees of the secretary’s office,” said the councilman. In addition, the subsecretary of Semasc, Eduardo Lucas, would be the authorizer of expenses, also involved in the possible scheme.

In a statement, Semasc said it is available to answer any and all questions from the control bodies. “As well as will always be open doors to the councilors of the city of Manaus, because an efficient management is one that works in a united way to find solutions to old problems and that so mistreated our city and our people”.

On the morning of Wednesday, 11, Amom Mandel, councilman and general ombudsman of the City of Manaus (CMM), presented to the press a dossier to denounce a corruption scheme in the distribution of expired food in food baskets delivered to families in need by Manaus City Hall, through Semasc.

In addition to finding baskets with products exchanged for lower quality than what was in the contract, the scheme involved bidding of $ 2.1 million. They are expected to purchase 15 thousand baskets, in a bidding process that the councilman said is “strange” and was completed in March this year, through the Purchasing and Bidding Portal of the Manaus City Hall.