Início » Entertainment » After two years, Lollapalooza tickets are sold out and fans tell their festival expectations

After two years, Lollapalooza tickets are sold out and fans tell their festival expectations 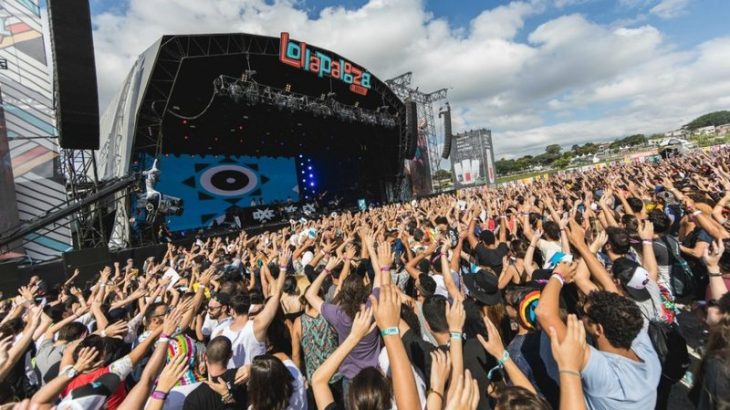 MANAUS – After a pause of two years because of the pandemic, the Lollapalooza Festival 2022 edition opened this-thursday, 18, for new batch of ticket sales. Planned to take place on March 25, 26 and 27, at the Interlagos racetrack in São Paulo, the schedule shows, little by little, the resumption of one of the segments of entertainment that most moves tourism in the main capitals of Brazil, the music festivals.

Not even Lollapalooza’s ticket prices, which range from R$ 450 to R$ 3,380 (not including the service charge, which can exceed R$ 100) intimidate or discourage the public, eager for the event’s resumption. The journalist Gisele Coutinho, 25 years old, has been waiting since 2020, when she bought the tickets to watch the solo show of the American singer Taylor Swift, which would be held in July of that year, and was canceled due to the global health crisis.

“This time the focus is on the Foo Fighters concert. I am excited, but I believe that events like these festivals with large audiences, will no longer be the same, not even in the post-pandemic period. However, I think this comeback is significant not only for the economy, but in all senses. The social distancing and the deaths that have occurred have left the emotions of almost everyone pretty bad, and a moment of relaxation allied to music can do us good. I am sure it will be memorable. We have been waiting two years and the anxiety is beating in our chests”, concludes Gisele.

With the drop in deaths by Covid-19 in Brazil and the vaccination calendar flowing in the capitals and countryside, the return of the activities, even if in a cautious way, helps to rebuild the tourism and economy revenues in the country. According to the Secretariat of Tourism and Travel of the State of São Paulo, the expenses of tourists from abroad who go to the festival alone should inject R$ 164 million into the city’s economy.

Tourists add up to 30% of the public of the event that, in 2022, may receive more than 245 thousand people. Positive data that contradicts the last two years of programming abstinence. To have an idea, according to the Brazilian Association of Event Promoters (Abrape), in 2020 alone, more than 300 thousand events were cancelled, resulting in a R$ 90 billion drop in the segment’s revenues.

According to a survey conducted by Data Sim, a research and organization center of data and information about the music market, only in March last year, 536 companies postponed or canceled more than 8 thousand live music events in 21 Brazilian states. The projected audience for these meetings was 8 million people, accumulating a direct loss of R$ 483 million and affecting about 20 thousand professionals, until that period.

With a playlist that goes from alternative rock, heavy metal, punk rock, grunge, and parallel activities for the public, Loollapalooza 2022 brings heavyweight names in music such as The Strokes, Miley Cyrus and Martin Garrix. Brazilian names will also be present such as Detonautas, Gloria Groove, Silva, Jão, MC Tha, Jup do Bairro, Lagum and Edgar.

It is worth remembering that tickets purchased for the 2020 edition of the festival are still valid for 2022. The release of sales occurs for those who did not purchase tickets for the festival previously. Divided into Lolla Pass, Day, Comfort and Lounge, each ticket has different access, benefits and values. To find out more details about the tickets and the complete program, please visit the event’s official website.