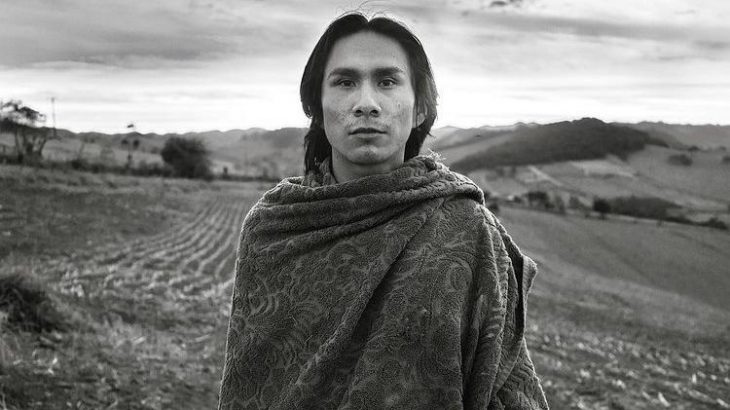 For the first time, the pieces of the indigenous Siodohi Piratapuya will be exhibited in one of the most important fashion events in Brazil and in the world (Reproduction/@jess.photos.br/Instagram)

MANAUS – The Amazonian fashion designer, Sioduhi Piratapuya, 25, of Piratapuya ethnicity, is preparing a new collection of clothes about millennial resistance of the 23 indigenous people of the upper Rio Negro, in the interior of the state, to launch in September this year. For the first time, the designer’s pieces should be exhibited at the Brazil Eco Fashion Week 2021, one of the most important fashion events in Brazil and in the world, scheduled to take place in the same month, in Milan.

To raise funds for the new collection of the Piratapuya brand, called “Pamɨri 23”, with clothes and costumes created and designed by the indigenous man, Sioduhi launched this Saturday, 14, in São Paulo, the collective funding campaign “Cápsula da Resistência e Transformação”.

“The campaign is called the Capsule of Resistance and Transformation because, precisely, it is interconnected with the name of the collection that is Pam+Ri 23, which speaks of the resistance of the 23 indigenous people of the Upper Rio Negro [in Amazonas]. And this funding comes with the need to produce audiovisual material for this collection”, Piratapuya’s founding and creative fashion designer told CENARIUM.

The young man, who lives in São Paulo, where the store’s headquarters are located, is a native from the indigenous community of São Francisco de Sales (Mariwá), in the Middle Waupés, in the Upper Rio Negro, a region in the city of São Gabriel da Cachoeira (852 kilometers from Manaus). Since 2020, in the midst of the new coronavirus pandemic, the indigenous people have been working with the Piratapuya agency, whose first collection, called “Dabucurí”, was launched in November last year.

This Saturday, 14, Siudohi Piratapuya highlighted to CENARIUM that, in face of the difficulty imposed by the pandemic to raise funds for audiovisual production and to improve the functionality of Piratapuya’s e-commerce, the action seeks to produce photos and videos executed with a team formed, exclusively, by indigenous professionals, in order to boost the launch of the collection.

“And we want to hire them at a fair value, according to the market. There’s no point in us making structural changes, hiring indigenous professionals, if we don’t pay them in the right way. In view of this, there was a need to create this funding, which will help to visually boost the collection that is coming out,” remarked Sioduhi.

The funding was launched this Saturday with the support of the Indigenous Fashion BR Collective, with the goal of raising the minimum amount of R$ 7,5 thousand and maximum R$ 12,5 thousand. The campaign will end on September 20th of this year, according to the amazonian fashion designer. Supporters of the collection will receive rewards such as postcards, mask and sticker kit, sweatshirt and indigenous shirt, according to the amount donated.

Pamɨri means “to transform, to ferment” and is a clipping of the term “Pamiri Mahasã”, a western translation of “people of transformation”. The language represents the culture of all the indigenous people of the Upper Rio Negro, in the cities of São Gabriel da Cachoeira, Santa Isabel do Rio Negro and Barcelos, a region also known as “Cabeça do Cachorro”. According to Sioduhi Piratapuya, the collection is inspired by the natural essences that follow the various indigenous entities and the capsule highlights this ancestral space.

“Pamɨri 23 refers to the 23 original people of the Upper Rio Negro who will do the whole process of desecrating anthropological names. It is an important message in a very contemporary way. We are, at first, working with tailoring, sportswear and utilitarian clippings, where all are ‘agender’, that is, genderless, which is a DNA of Piratapuya”, detailed Sioduhi.

The brand uses color palettes that refer to paintings from the Upper Rio Negro and makes reference to regional handcrafts, such as jenipapo, crajiru, and arumã. “Colors that are important and that will be part of the collection,” said the indigenous man.

The Indigenous Fashion BR Collective, idealized by fashion designer Day Molina, works in the creative fashion industry and is composed of several professionals in the area, from designers, photographers, costume designers, models and audiovisual producers. One of the co-founders of the group, Sioduhi Piratapuya, points out that the collective arose with the intention of questioning the indigenous presence within the fashion industry and to empower talents from all traditional people.

“These professionals who are in this collective are indigenous people from all over Brazil, from different people, and it is a platform that is completing one year now. We will expand even more the collective, we intend to do this to, precisely, empower”, said Sioduhi.

For the creator of Piratapuya, the fashion industry has appropriated the culture of native people and has become elitist and Eurocentric, and with the birth of the collective, the goal is to collaborate for structural change and give visibility to indigenous people.

“The fashion industry has already appropriated a lot. There are many non-indigenous people speaking for us and we see it as something that ‘is not right’, because we are acting in fashion with great difficulty and we know very well that the fashion industry is elitist and Eurocentric, and we come with this questioning to collaborate with this structural change that we want to happen”, concluded Sioduhi.

To support the collective funding and help the indigenous presence in the fashion world, just visit https://benfeitoria.com/capsuladaresistenciaedatransformacao and make a donation.