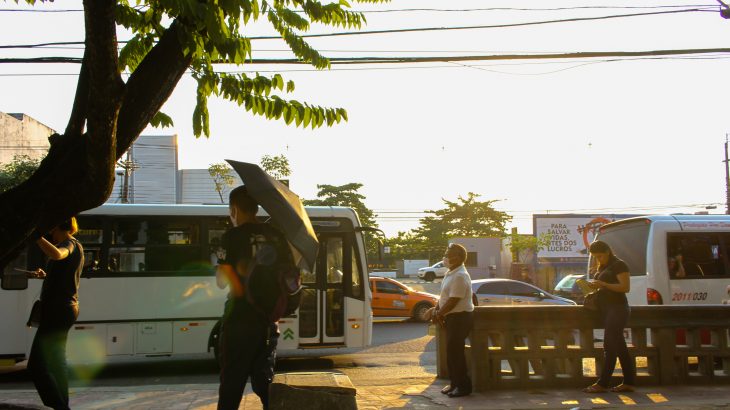 Some methods to escape the heat, in Manaus (Reproduction/Lucas Silva)

MANAUS (AM) – The federal government is finalizing the program that will give incentives to customers who are served by energy distributors and that will reduce the consumption of electricity. According to the government, the consumer will only be able to win the discount on the electricity bills if decreases expenses by at least 10%. But it is worth mentioning that in Manaus, energy consumption has been one of the essential items since the Amazon capital has suffered from the amazonic summer.

In an exclusive interview to CENARIUM, the economist Origenes Martins points out that it is not difficult to calculate the consumption and, consequently, the reduction, but the practice may have some obstacles. “The practical application of this proposal is a bit complicated. They could make a policy to facilitate those who want to apply solar energy systems, for example, and apply a bonus or differentiated values to these rates”, he said.

Origenes also points out that the energy concessionary Manaus Energia is threatening to impose on certain sectors, such as condominiums, for example, a significant increase in the rate of public lighting. “It is missing a more uniform and somewhat more coherent energy policy for our city, as I said not only in relation to weather, but other characteristics, quite different from the rest of the country”, he explained.

With a minimum consumption reduction of 10%, the program guarantees that the discount can only go up to 20%. The decision is part of a package of actions offered because of the biggest hydric crisis in 91 years, which has a serious threat to the supply of the product. On Friday, 27, the federal government was based on a bonus of R$ 1 for each kilowatt-hour (kWh) of energy consumption.

It is worth pointing out that the discount will only occur for those who save above 10%, below this there will be no discount, only a reduction for the fall in consumption. According to the program, if a family consumes 200 kWh per month, it will reduce about 160 to 180 kWh.

The consumer and Manaus resident Leonardo Mota explains that in the pandemic Covid-19 needed to stay home and work from home office and, therefore, began to consume much more electricity than before. “The consumption rate was on average 147 kWh and all this within the pandemic, within the increase that was already expected, and when it was the month of August the electricity bill had a giant leap, from 147 kWh to 201 kWh consumption, and that was the month in which I and my boyfriend are no longer in this context of home office, so we spend the whole day out”, he explained.

The increase in consumption, however, is unjustified. Leonardo explains that he always tries to buy more cost-effective home appliances. “In relation to the appliances, we are very conscious, that I know that even though it is high for our standard, many people spend much more than us. All the products we buy we research a lot to know how much energy it will consume, even though we bought an air conditioner that was more expensive, but we knew it wouldn’t consume that much”, said Leonardo.

For the self-employed Yoná Lima, staying at home is increasing the price of her electricity bill. “I don’t have a steady job, so most of the time I stay at home with my children, who necessarily use television and, in addition, there is still the air conditioning that consumes too much and it is impossible to be without it during this period when the heat of Manaus is blaring”, she said.

Yoná also highlights that most of the time she and her children use the air conditioning as a way to escape the heat. “Manaus lately is too hot, we are reaching a sensation of 40ºC and this makes it more and more impossible not to stay in the air conditioning. When we are not inside the room with the air on, we are trying to cool off in the shower, which ends up causing an increase in electricity and water”, she pointed out.