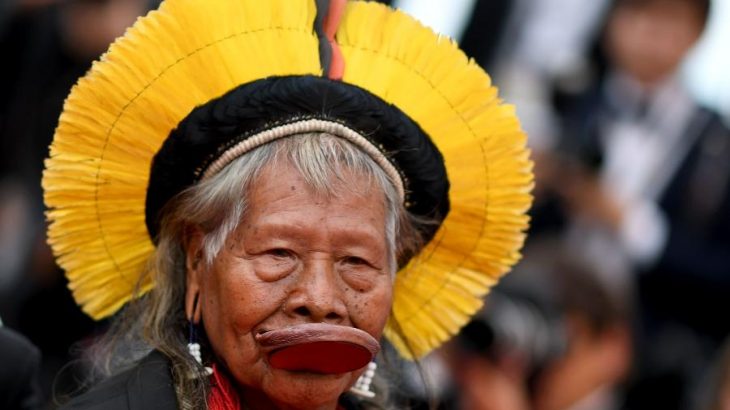 MANAUS – The denunciations against Brazil’s President, Jair Bolsonaro, about crimes against humanity and the environment were brought by chiefs Raoni Metuktire and Almir Suruí to the international Supreme Judicial Court in The Hague on Friday, 22.

According to Marubo, the complaint is emerging and does not represent only indigenous leaders threatened by Bolsonaro’s decisions. “In the case of the Amazon, it is no different. The denunciation in fact represents the omission and damage of national policy when it comes to the environment”, he highlights.

For the Unijava representative, the indigenous movement is organized around the environmental agenda, land protection, and sustainable development. “We at Vale do Javari hope that this denunciation will strengthen the indigenous struggle on the international stage”, said Marubo.

For the French newspaper Le Monde, chief Raoni, an indigenous chief of more than 90 years old, explained that he had no other choice. “Bolsonaro has always incited violence against us. I cannot accept the way he treats us”, said Raoni.

In the complaint filed by the French lawyer William Bourdon, known for defending cases of “whistleblowers” like Edward Snowden, Julian Assange, and African activists, there are signatures of several Non-Governmental Organizations (NGOs).

The request also calls for the suspension of demarcation of indigenous territories, the bill that allows mining and agricultural exploitation in protected areas. In addition to the “purposeful” limitation of the budgets of environmental agencies.

Headquartered in The Hague, the Netherlands, the ICC was established in 1998 and is made up of around 100 countries, including Brazil. The court receives more than 500 complaints a year, but only about 10 have seen investigations and an even smaller portion is accepted by the court for trial. To date, the court has held 28 trials.

ICC judges have already issued 35 arrest warrants, and 17 people have been detained at the court’s detention center. 13 remain at large, according to the official website, while the others died. Four people were tried and convicted by the international court. In 2019, the Bosco Ntaganda trial found the Congo’s former rebel leader guilty of war crimes.