MANAUS – A date celebrated annually on October 12, Children’s Day draws attention to the protection of boys and girls against sexual violence, whose numbers have been increasing with the Covid-19 pandemic. In the first six months of 2021 alone, Brazil recorded an average of 282 reports of crimes against children and adolescents per day, according to data from the National Human Rights Ombudsman (ONDH). Experts say that this type of crime leaves deep scars on the victims.

“Abuse and rape crimes leave marks in all phases of life, regardless of age, but when it happens to a child, the child doesn’t understand how it could have happened to her, especially when the abuse is committed by the person who should take care of and protect her from any danger. Many feel guilty thinking that they were responsible for the abuse and for causing confusion in the environment where they live”, said psychologist Juanita Maia, a specialist in family care.

The psychologist emphasizes that these children should have a psychosocial monitoring, where professionals will help the victim to understand what happened to her and, also, give all the necessary support for the child can grow strong emotionally, not having major commitments in their adulthood.

The general coordinator of the Guardianship Counselors of Manaus, Francisco Coelho Neto, also points out that rape crimes can harm the development of children and teenagers in the school environment. He also reminds us of cases in which families have no emotional or psychological structure to deal with situations such as those involving physical and sexual violence.

Of Christian background, Francisco reinforces that his religion has given him strength to face the barbarities that arise along his profession. “Before becoming a counselor, God prepared me psychologically and emotionally to see the various situations within the Guardianship Council. I, as a counselor, see sexual exploitation of children parents abusing their own children; pedophiles abusing their nephews; grandmothers renting their own grandchildren”, he recalled.

“These are things that leave us perplexed, but we need to resolve them and already call on the public authorities. We do what we have to do, the direct protection, to preserve the integrity of the child and the adolescent”, emphasized Francisco Neto.

Childhood is one of the most important stages of a person and is the stage where the child’s development occurs. Psychologist Juanita Maia also points out that all phases of childhood are important, but the early childhood phase, which lasts until the age of 7, is the most important.

The expert stresses that for children to have emotional intelligence and better development, it is necessary that they feel they belong to their family, loved, welcomed and important. “It is necessary that limits are given with love and not with violence as it used to be with our grandparents, our parents”, she strengthens.

For the psychologist, when a child stops being a child to play a role that he or she is not prepared for, emotional violence occurs. This happens because the stages necessary for child development are “skipped”.

“Each stage of development is necessary for emotional maturity. Unfortunately, in our society we find children helping with the family income and out of school. This can lead to a repetition of social patterns, an increase in the number of people with low educational levels, and, in the future, adults without dreams and hope”, she concluded.

According to data from the National Human Rights Ombudsman Office (ONDH) released in July of this year, the average of 282 reports of crimes against children and adolescents per day, from January to June in Brazil, had most of them (121) child victims of mistreatment and 52 of sexual abuse, such as rape or harassment. Experts pointed out, however, that the official data are underreported.

One of the explanations is that the social isolation imposed by the pandemic has made it considerably more difficult to report violations against children and adolescents. This phenomenon occurred mainly because 80% of the cases happen inside the victim’s home, and 65% of the suspects are the fathers, mothers, stepfathers or stepmothers themselves. 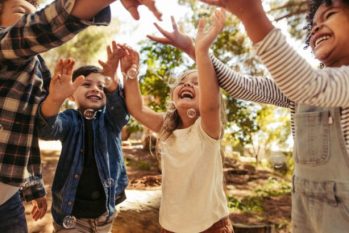