Congress files PL to modify laws on Internet use

The Law Project brings a proposal similar to the MP, rejected by the Congress (Pixabay/Reproduction)

With content very similar to that of the MP issued on September 6, the Bill (PL) will be evaluated by the House of Representatives and the Federal Senate and promises to reignite the controversy around the issue related to the use of social networks, content moderation and criteria for blocking, deleting or suspending content, among other topics listed in PL 3227/2021.

Currently, a Working Group of the House of Representatives is holding several meetings and public hearings to modernize the Brazilian Internet legislation. The WG has promoted dialogue among several specialists with the goal of improving provisions that are contained in another law project, PL 2630.

Last week, the members of the Internet Law Improvement WG were caught by surprise with the news of the MP 1068 edited by the Federal Government and that altered points of the Civil Mark of the Internet (Law No. 12,965 of 2014) and the Copyright Law (No. 9,610 of 1998).

At the last meeting of the Group this week, the news that the government’s Provisional Measure (MP) was returned by Congress caused relief. For the president of the collegiate, lawmaker Bruna Furlan (PSDB-SP), MP 1068 “goes against the direction of what is being done by the Working Group, which values dialogue with society and aims to deliver a modern and effective legislation.

The complexity of the theme, in the view of most of the specialists already heard by the Working Group of the House of Representatives, requires multisectoral initiatives, as explained by the Vice President of Strategy of the Brazilian Chamber of Digital Economy – Câmara-E.net, Marcelo Lacerda. “There must be a multi-sector collaboration between public authorities, companies and civil society with shared responsibilities, something that works like, for example, the joint efforts to combat child exploitation on the web”, he said. 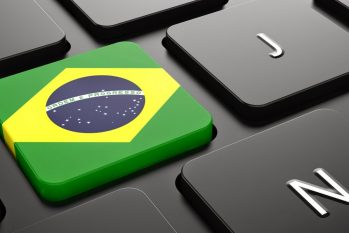