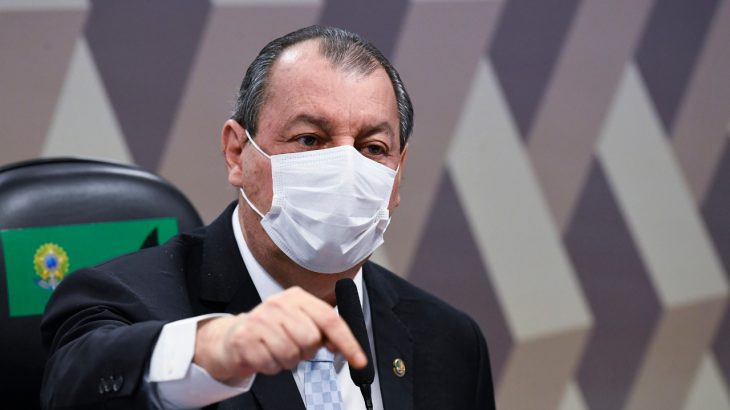 Senator Omar Aziz, president of the Covid's CPI, has placed the dissemination of early treatment in the focus of the investigations. (Jefferson Rudy | Agência Senado)

MANAUS – The spread of early treatment in Manaus has directly contributed to the death of many people. This is what was found by the Parliamentary Inquiry Commission (CPI) of Covid, in the Federal Senate, where the Amazon capital has been highlighted when the subject is prescription of Covid Kit. To CENARIUM, the president of the commission, Senator Omar Aziz (PSD-AM), pointed out that the city was used as a “guinea pig”.

Omar highlighted that it is already possible to make two conclusions regarding the government’s actions in the pandemic. “We have two concrete things: crime against life and health crime. The health crime is herd immunization, ‘it was there, it gets contaminated, and the strong ones will save themselves’. The other thing is the crime against life, which is the prescription of medicines that are not scientifically proven”, highlighted the senator.

“Manaus was used as a guinea pig, an experiment that scientifically was already proven to have no result, and they insisted on it” Omar Aziz, president of the Covid’s CPI.

Omar also highlighted that the commission has documents that show several actions of the federal government in the city to implement the ineffective drugs. The launch of TratCov – an application that prescribed drugs from the “Kit Covid”, such as hydroxychloroquine -, which took place in the capital, and the sending of a team of doctors to the city to guide health professionals to prescribe the treatment are some of the points analyzed by the CPI.

“Manaus was used as a guinea pig, an experiment that scientifically was already proven to have no result, and they insisted on it. This, captained by ‘Capitã Cloroquina’ [the Work and Education Management Secretary of the Ministry of Health, Mayra Pinheiro], who used Manaus thinking that this experiment she was doing could be useful and ended up taking the lives of many Amazonians”, highlighted the senator.

The senator also recalled that in January this year, while Manaus was going through the worst moment of the pandemic, when it lacked oxygen to meet the high number of those infected by the P.1 variant, the Ministry of Health insisted on disseminating early treatment in the city. “The reason is that at the moment when we needed oxygen, instead of bringing oxygen, they brought the ‘Kit Covid’. And ‘Kit Covid’ didn’t help us at all. It is a fallacy. Scientifically, there is no way to prove that we can help or not with this kind of medication, what has been proven is that the WHO [World Health Organization] does not work with this kind of medication”, highlighted the senator.

Over the three months of the Covid’s CPI, which began in April and has already been extended for another quarter, more than 33 investigators and experts testified or were heard, in addition to the breach of confidentiality of 62 people and companies. Among the testimonies that stood out are those of former Health Ministers Eduardo Pazuello, Nelson Teich, and Luiz Henrique Mandetta, and the current minister, Marcelo Queiroga, in addition to Mayra Pinheiro.

The Secretary of Work Management and Health Education at the Ministry of Health, Mayra Pinheiro, confirmed, on May 25, in testimony to the Parliamentary Commission of Inquiry (CPI) of Covid, the consent of the mayor of Manaus, David Almeida (Avante), for prescription drugs without scientific evidence during the second wave of Covid-19 in the Amazon, in January this year. Known as “Captain Chloroquine”, the doctor said that, before the number of deaths by the disease during the oxygen crisis in Manaus, it was ” unacceptable not to have the adoption of all measures”, in reference to the use of chloroquine and hydroxychloroquine. She denied the responsibility of the ministry over the chaos in the capital of Amazonas.

Mayra Pinheiro also confirmed that there was a meeting on January 4 with David Almeida and the municipal secretary of Health, Shadia Fraxe. According to her, the orientation would be directed “to all Brazilian doctors, not only to Manaus”, she said, while testifying. Mayra’s testimony confirms that the guidance of early treatment in Manaus came from the mayor David Almeida, ideological ally of President Jair Bolsonaro (no party).

Also during the testimony, Mayra highlighted the condition of the Basic Health Units (UBSs) of the capital, which, she said, would be closed and without care to patients with suspected Covid-19. “There were units without a doctor and pharmacies without medicine. What I saw was disassistance and chaos, no triage, more than 1,000 health agents dismissed”, said the secretary.

“The Ministry of Health has an orientation note number 9, which was later transformed into note number 17, which guides, according to the opinion of the Federal Council of Medicine, that doctors, to face this serious disease of uncertain and lethal outcome, can use off label drugs that are available. So, we advise”, defended Mayra about the use of drugs without proven efficacy.

The doctor admitted that the development of the TrateCov platform, which prescribed chloroquine to patients with Covid-19, came from the Health Secretary herself. According to Mayra, the platform was never put online, having been presented only a prototype. She also denied the thesis of “hacking” the application, contradicting the testimony of former Health Minister Eduardo Pazuello. 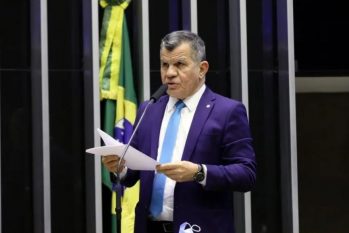