Início » Policy hub » Crime and punishment: the stigmatization of women in cases of murder by passion 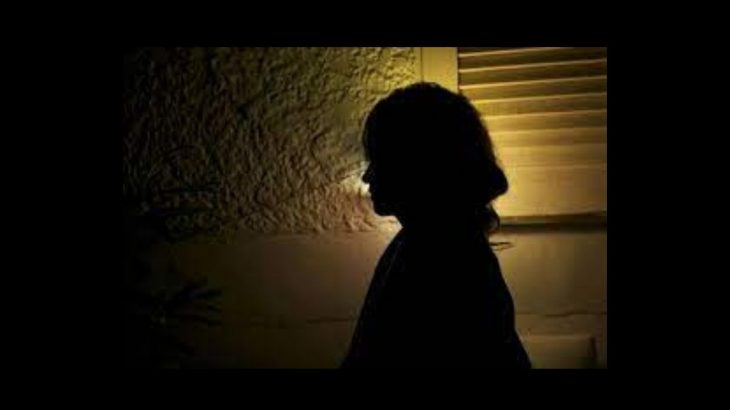 MANAUS – The extramarital involvement of Jordana Azevedo Freire with the Brazilian Army sergeant Lucas Guimarães, murdered last September 1st, has been highlighted in the news and social media. Among several posts on the internet about the case, it is not difficult to notice comments that emphasize the betrayal of a married woman much more than the execution of the victim with gun shots to the head, which, according to the Civilian Police of the State, was ordered by Jordana’s husband, Joabson Agostinho Gomes. A present behavior in society where women are almost always blamed for the mistakes and radical attitudes of their partners.

Even without taking away the fact that Jordana made mistakes, it is still possible to notice the replication of the macho behavior present in society’s thinking, where Joabson Gomes, owner of a supermarket chain, upon discovering his wife’s extramarital affair with Lucas, finds in the death a “possible solution to the problem” and consequently becomes the target of the “internet judges”, who hold her responsible for her partner’s decision to abruptly interrupt someone else’s life.

In psychologist Adan Silva’s reading and analysis, the case illustrates yet another case of misogyny and possession. “One more typical case of the man who feels owner of the woman. This is a historical and structural construction of what it is to be a woman in society. We still carry this influence of Judeo-Christian thought, of the cheating Eve and the defenseless male and several constructions of what is sinful. People are usually bothered and think inside this box, having the woman as a possession and seen as being naturally sinful and wrong”, explains the psychologist.

For the feminist and sociology scholar Marklise Siqueira, another issue that helps the “guilt” of women is the constant inferior position in which the female figure is placed. “In the analysis that we do as a feminist movement and in sociology, this is a trait of a society marked in a process in which everything she does or even what she doesn’t do is blamed. This also applies to domestic violence. This trait is very strong in the Brazilian formation and puts women in a passive position and takes men out of the focus and we end up with the difficulty of actually rethinking what is problematic in the right place”, comments the sociologist.

For Michele Pires, a doctoral student in History at the Federal University of Amazonas (Ufam) and activist, the points surrounding the case, more than answers, bring up several questionings. Michele believes that in these cases, when watching the news, it is necessary to reflect on the sexism that runs through society, even if unconsciously, often silencing women.

“It is important to ask ourselves some questions, such as, for example, did she ‘run away’ because she wanted to, or because she was coerced by her husband? When we ask this question we then start to reflect the practice of a thought and behavioral structure that tries to coerce, intimidate, and remove any possibility of speech from the woman. What domestic violence do women in this situation experience? More than just answers, I believe that questions need to be raised here so that we can understand why there is this inversion or proportion to something that should not be there”, says Michele Pires.

According to psychologist and sexologist Neyla Siqueira, when the subject involves sex, the woman will always be the “defendant in the court of morals and good manners”, to the point of reversing the weight and consequence of a guilt that is unceremoniously forged on her.

“Today, we are not talking about a man who ordered a murder, we are talking about the woman who cheated, who embezzled money, as if she were the only one guilty of the whole process and responsible for everything. When in fact, we are talking about a fragile masculinity that didn’t know how to deal with betrayal and tried to solve things in a criminal way. This is a reflection of our patriarchal society, where a wrong decision is blamed on the woman, where it is more interesting to have a debate in relation to her sexual life than the main content, which is a life that is gone and how this will be punished”, explains the specialist.

The sexologist points out that the judgmental behavior also includes other women who, sometimes, without realizing it, also assume a sexist attitude endorsing the social court that condemns. She takes advantage of the context to promote the following questioning:

“If it were the other way around, would they be condemning the adulterer? I most certainly would not. In fact, they would be accusing the woman of being crazy, lacking emotional intelligence and, again, accusing the woman in another way. It is worth pointing out here that we are not talking about character, open or closed relationships or monogamy, that is something else. What we are pointing out here is society’s behavior, which unfortunately has been replicated for decades”, she affirms.

On November 12, 2014, the then 34-year-old law student Denise Almeida Silva suffered an attempted murder after living an extramarital affair and love triangle where all involved were married. At the time, businessman Marcos Souto, besides having a secret relationship with Denise, was also in a relationship with socialite Marcelaine Schumman.

Shummman was not satisfied with living a love triangle and instead of ending the relationship, she chose to blame her “rival” for getting in the way of her relationship with her lover. Despite having been ordered by a woman, the case also joins the list where the female figure is always the “problem”.

At the time, Marcelaine ordered Denise’s murder. She offered R$ 7 thousand for the executor to kill the victim. Shot by gunshots, she was taken to Hospital 28 de Agosto and then transferred to a private health unit in Manaus, being released two days after the crime. The socialite was sentenced to seven years and nine months in a semi-open regime and is currently under house arrest.