Electronic cigarette becomes ‘fashionable’ and experts evaluate risks of use 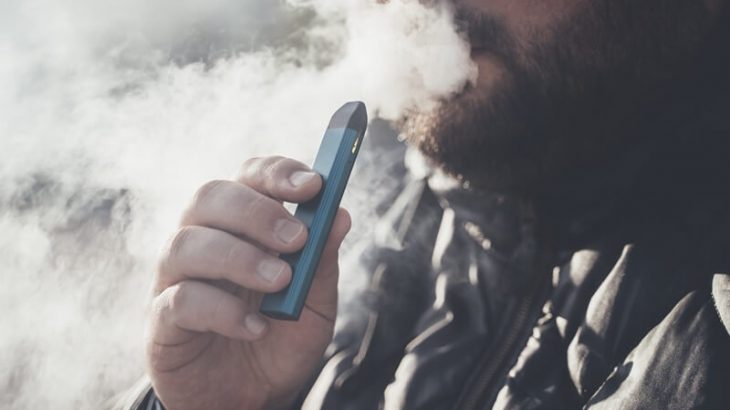 The increasing use of the electronic object, especially among young people, worries doctors and even the World Health Organization (Reproduction/Internet)

MANAUS – The vaporizing devices, known as vapes or electronic cigarettes, have raised debates in the health area involving the theme about smoking. Apparently “less harmful”, the popularity and the growing use of the electronic object, especially among young people, worries doctors and even the World Health Organization (WHO), who are trying to warn about the use and dangers to health.

According to pulmonologist David Luniere, the fame of being less harmful is actually classified by him as a “fallacy”, occasioned by the lack of tar in the composition of the device. “This is a story where people think it’s true, but the electronic cigarette is just as bad as the conventional one. Many people think that it is not harmful because of the absence of tar, which even gives that characteristic smell, but it is not quite like that”, warns the pulmonologist.

The specialist explains that although electronic cigarettes or even shisha do not burn tar, they contain other substances that are not properly quantified or catalogued, causing the user to develop the so-called “lung injury”. “In practice it’s like a person who consumes these devices having their lungs burned chemically by substances contained therein, evolving to irreversible damage to the lung”, explains Luniere.

Released on the market in the early 2000s, as a possible substitute for the conventional cigarette, electronic vaporizers are still sought after by those who seek to slowly quit smoking. However, the specialist warns about what he classifies as “illusion” and almost ineffective method.

“This is not true, unless the individual is a heavy smoker and uses this electronic cigarette as a bridge. The problem is that many patients make it a habit, even with other means to achieve ‘weaning’ from smoking without inhaling vapors. The nicotine-based chewing gum and the patch are methods that can replace the cigarette”, explains the physician.

Among the damages, the vapors inhaled by the users can cause lesions, which lead to later problems such as fibrosis, bronchitis, as well as acute lesions, anatomical sequels of the lung and also, deficit of oxygen absorption capacity and even death.

The doctor stresses the need to understand that there is no standardization of the ampoule refill, which is placed inside the vaporizer device to be inhaled. “There is no certain information about the amount of nicotine and its flavorings. Each company has a different volume, which obviously leads to different dependencies and lung injuries, it is worth mentioning that the studies on this issue are very initial”, highlights David.

In July this year, WHO published a report, to warn about the need for improved regulation of the devices. “Nicotine is very addictive, and e-cigarettes are dangerous and should be regulated,” WHO Director-General Tedros Adhanom Ghebreyesus stressed.

According to information in the report, so far 32 countries ban the sale of nicotine e-cigarettes. The number rises to 79 when it comes to any measure aimed at limits on cigarette use. Also according to the WHO, smoking kills eight million people a year, of which one million are passive smokers.

In addition to health concerns, the document also warns about the growing reach of the product, one of the main targets being teenagers, pre-teens and even children. The use of these devices by people under 20 years old worries the WHO, mainly because of the severe effects of nicotine on brain development in this age group.

In Brazil, the National Health Surveillance Agency (Anvisa) prohibits any marketing, advertising or importation of cigarettes and electronic devices. Despite this, it is not difficult to find commercial outlets that offer the product on the market.

University student Marcela Fernandez, 23, reveals that she easily finds the product in Manaus. She says she smoked traditional cigarettes from the ages of 16 to 20, and went back to smoking after learning about Vape. Without smoke, or cigarette butts – the popular name for cigarette filters – or strong smells, and with countless options of aromas and flavors, the object becomes an attraction for those who are curious about smoking or have smoked at some point in their lives.

“Besides the fact that the vape tastes better, it has become easier to use at parties, for example. When I wanted to smoke cigarettes, I had to move away from the tables because of the smell. Nowadays, with vape, I can use it anywhere and it doesn’t smell so bad. It doesn’t bother me so much”, says Marcela.

Even with the health professionals’ warnings about the harmful effects of electronic cigarettes, Marcela points out that the effects of daily smoking are lighter than those of traditional cigarettes. “The reason that made me stop using traditional cigarettes was the damage they did to me, such as nausea, headache, dizziness and malaise. The vape doesn’t cause me this and has less nicotine, making it more pleasant to use”, says the smoker.

In August, a study conducted by the University of California (Ucla) and published by the scientific journal JAMA Pediatrics revealed that 30 minutes of steaming can increase cellular oxidative stress, which occurs when the body has an imbalance between free radicals (molecules that cause damage to cells) and antioxidants.

The research studied just over 30 men and women, aged 21 to 33. The participants were divided into three groups: nine regular cigarette smokers, 11 non-smokers, and 12 regular e-cigarette smokers. The researchers collected immune cells from the volunteers before and after a vaporizing session to measure and compare the changes between the groups.

Among several points, the scholars highlighted that in the case of the non-smokers, oxidative stress levels were two to four times higher than regular and e-cigarette smokers after a vaporization session. This is most likely because baseline levels of oxidative stress are already high among smokers of traditional or electronic cigarettes.

Recently the Brazilian Society of Pneumology and Tisiology (SBPT) published a manifesto against the former columnist of Folha São Paulo, one of the coordinators of the Movimento Brasil Livre (MBL) and federal deputy elected in 2018 by the Democrats party, Kim kataguiri.

On the occasion, the politician published on social networks a video in which he proposed the legalization and release of electronic cigarettes in Brazil. In a statement, SBPT considered Kataguiri’s intention “a disservice that puts the public health of Brazilians at risk”.

The manifesto stressed that Brazil is a pioneer in tobacco control and that Kim’s proposal would benefit only the manufacturers, to the detriment of the health of Brazilians. The protest brings up the concern with making the electronic cigarette a “new normal” for smoking, as pneumologist David Luniere explains.

“They want it to become sociable, something common as if it were a healthy act to practice and it’s not. But despite not having a specific legislation, many people consume in closed social environments, because since there is no burning of tar, the person would not be against the law. But in fact, everyone who feels ill or threatened by the smoke has to stay away and that’s why the SBPT is against the initiative of regulating what is bad for you”, adds David. 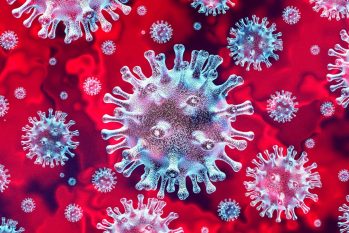 SPECIAL | They Made Amazon a Guinea Pig – WHO demands proof