Início » Environment » Images show damage from illegal mining in an Indigenous Land in Pará; see before and after 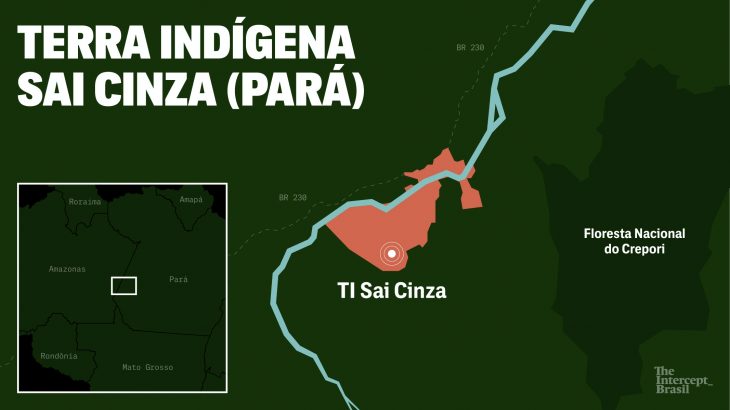 MANAUS – Images taken during an operation of the Brazilian Institute of Environment and Renewable Natural Resources (Ibama), in the first week of December, managed to identify the advance of illegal mining in protected areas, mainly in the Sai-Cinza Indigenous Land (TI), in the municipality of Jacareacanga, (1,147 kilometers from Belém) in the southwest of Pará.

The deforested area of the site already totals almost four square kilometers, the equivalent of more than two Ibirapuera Park in the state of São Paulo. The images registered were provided by RainForest Investigations Netwok, from the Pulitzer Center company, and shared with The Intercept website.

The first images released show the beginning of the illegal mining, in July 2019. The area of the garimpo calculated by Earthrise Media was based on annual deforestation data from a survey conducted by Prodes, of the National Institute for Space Research (Inpe). In total, the illegal mining occupied almost three square kilometers from August 2019 to July 2020.

According to the images, it is possible to identify a stream that exists near the site, known as Joari, as one of the streams that is being destroyed by illegal mining, already over three square kilometers, according to a study done by Greenpeace Brazil, which 632 kilometers of rivers of the Sai-Cinza and Munduruku ITs have already been occupied by environmental crimes.

According to the spokesperson of the non-governmental organization (NGO) Greenpeace in the Amazon to the website The Intercept, Rômulo Batista, in mines of this size, it is difficult to identify the dynamics of exploitation. “What we realize is that the size of these facilities for illegal gold exploitation is also influenced by the certainty of impunity, which has increased greatly due to the anti-environmental policy of the current government”.

In Munduruku territory 14 square kilometers were destroyed by illegal mining in 2020 alone, according to the spokesperson. According to a statement made by the NGO, more than 2,200 have been destroyed in the IT, at least in the last five years. But contrary to what is imagined, mining in IT grows more and more, only in the lands where the images were made, there are 11 gold mining requirements, according to Amazonia Minada map. 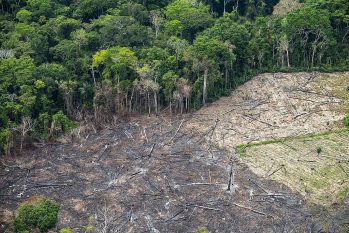