Início » Economy » In AM, Wilson Lima announces incentive for drivers to fill up with natural gas

In AM, Wilson Lima announces incentive for drivers to fill up with natural gas 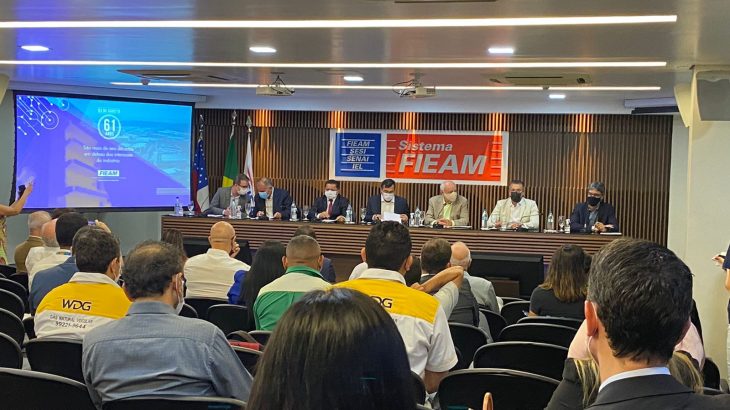 Wilson Lima at the launch of the campaign "Make the bill. Use GNV!" (Gabriel Abreu/Cenarium)

MANAUS – Amid high fuel prices, filling up with gasoline became more expensive for app drivers and taxi drivers. The two categories were quite affected by the rise in prices. On Thursday, 16, the governor of Amazonas, Wilson Lima (PSC), launched the campaign “Make the bill. Use CNG!” campaign to encourage drivers to convert their cars to use vehicular natural gas.

The Amazonas Gas Company (Cigás) will grant a benefit worth R$4,000 to taxi drivers, application drivers, and fleet owners who are in full activity. Still according to Wilson Lima, some important actions are being taken in order to promote this chain.

“One of them is the incentive for people to convert their vehicles from gasoline to gas, which we know is that gas is on average 40% cheaper than gasoline, and we will, through Cigás, pay approximately 90% of this conversion to encourage people to use natural gas. On the other hand, we are talking to some gas station owners who are going to put more units to supply this natural gas. We had three gas stations and we will have seven by the end of the year”, he explained.

“When I don’t have enough of this gas, it ends up not being attractive to investors, now, with Eneva’s entry, and also with the purchase of other blocks and the surplus that is being produced and will stay here in the capital, this causes other companies to be encouraged to create this infrastructure to be able to supply the gas”, said the governor.

To participate, those interested will have to convert the vehicle with a 5th generation kit or higher as of this Thursday the 16th, at a workshop accredited by the National Institute of Metrology, Quality, and Technology (Inmetro) and regularize the vehicle’s documentation with the Amazonas State Transit Department (Detran-AM).

In March this year, governor Wilson Lima sanctioned the Regulatory Framework for Natural Gas in Amazonas. On Thursday, 16, representatives of the segment presented the scenario of the natural gas market and plans for expansion and consolidation of operations in the state. The meeting took place at the Federation of Industries of Amazonas (Fieam), in the center of Manaus.

One of the subjects discussed during the meeting was the so-called “Blue Line”, which will make it possible to go from Manacapuru to Itacoatiara using GNV as fuel. For this, it will be necessary that gas stations installed along this route supply vehicular natural gas.

The Government of Amazonas is already working to guarantee the quality of the roads along the entire route. The duplication of the AM-10, which connects Manaus to Manacapuru, will be concluded this year. The modernization works of AM-070, which connects the capital to Itacoatiara, have already started. The forecast is that 100 kilometers will be delivered by the end of this year and that the entire highway will be completed by the end of next year.

In addition, on the urban perimeter of Manaus, the second and last stage of the Southern Ring – which starts at the Lydia da Eira Corrêa Viaduct at Avenida Torquato Tapajós and goes on until the beginning of Avenida Santos Dumont – will also be delivered this year.

According to the ranking of the Association of Large Industrial Energy Consumers and Free Consumers (Abrace), the regulatory framework of Amazonas is the third best in the country in relation to the exploration of the gas market. The new legal framework was approved by the state lawmakers and is authored by the Executive Power.

In the score established by the association’s Regulatory Ranking, Amazonas is currently only behind Bahia and São Paulo. The ranking is updated periodically.