Início » Policy hub » Marcelo Ramos announces he will leave the PL after Bolsonaro’s affiliation: ‘I will not be on the platform with him’

Marcelo Ramos announces he will leave the PL after Bolsonaro’s affiliation: ‘I will not be on the platform with him’ 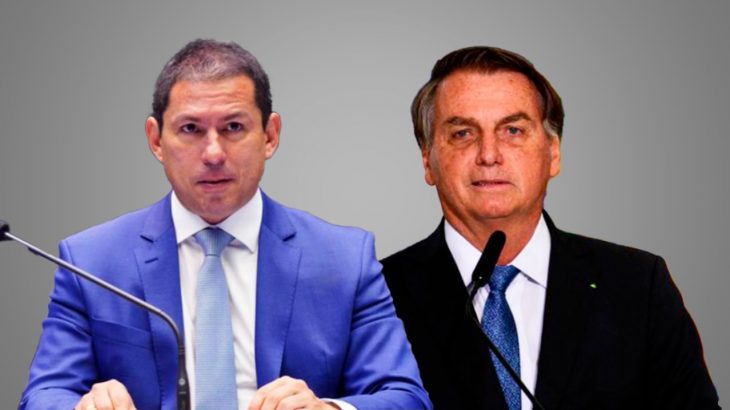 MANAUS – The federal lawmaker from Amazonas, Marcelo Ramos, announced on Monday, 8, in a statement to the program “Roda Viva”, from TV Cultura Brazil, the output of the Liberal Party (PL), after the acronym confirm the affiliation of President Jair Messias Bolsonaro aiming for elections 2022. The vice-president of the House said he does not intend to be in the same political palanquin as Brazil’s mandatary.

“I will not be in the palanquin with him. Even if he didn’t join the PL, but if the PL supported him, I wouldn’t be in his platform, I would be in another one”, said Marcelo Ramos to the program, which aired at 10pm (Brasília time) on TV Cultura, on the station’s website, YouTube channel and social networks Twitter and Facebook.

According to the lawmaker, his project for the 2022 elections is to seek re-election to one of the eight seats assigned to the Amazon in the House of Representatives. During the program “Roda Viva”, Marcelo Ramos also ruled out occupying a possible place in presidential slates, despite having his name speculated for the dispute for the Presidency of the Republic.

“I am proud that a congressman from Amazonas, with his first mandate, new in national politics, has his name speculated to occupy a place in a presidential slate, but this is mere speculation that I don’t know where it came from”, he declared.

For Ramos, it is necessary to be careful when looking at the elections and that, at the moment, he does not want to spend energy on the subject. “I don’t allow myself, at this moment, to spend energy on election. Those who are spending energy now are not realizing the party they have outside politics”, said the parliamentarian.

“Politics only makes sense if it is to improve people’s lives, and people are suffering a lot. There are more than 600,000 dead, 15 million unemployed, 20 million hungry, inflation, high interest rates. This is what I want to spend my energy on, to serve the country and to serve Amazonas. And the election will be dealt with at the right time, because this is not objectively a priority at this moment. I want to take care of the people”, he concluded.

In an interview to CNN Brazil on Monday, 8, President Jair Bolsonaro (without party) said that his affiliation to PL, whose leader is the former congressman Valdemar Costa Neto, is 99% closed. Earlier, the president of the acronym had also confirmed Bolsonaro’s affiliation.

“It is 99% closed. The chance of it going wrong is almost zero. Everything is right”, Jair Bolsonaro told CNN Brazil. When asked about when he will hit the hammer, Bolsonaro said it will depend on a meeting next Wednesday, 10, with representatives of the PL.

“On Wednesday, I will have the last conversation with the acronym. I will talk with Valdemar to then set the date of the wedding”, said Bolsonaro. According to him, the objective of the affiliation is to focus, in 2022, on candidates for senators and federal lawmakers.