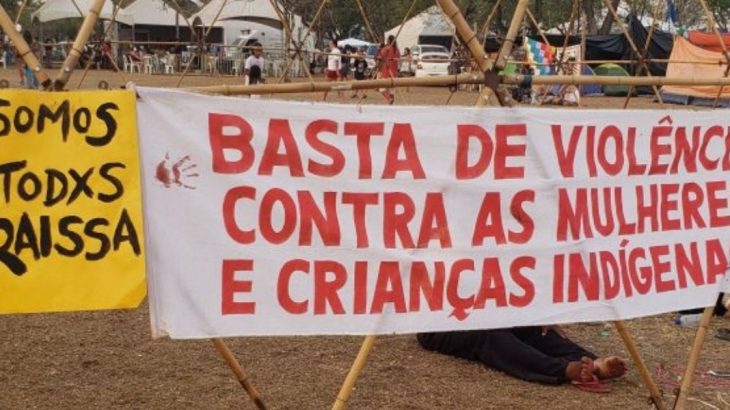 BRASILIA – The 2nd National March of Indigenous Women opened on Wednesday, 8, the programming of debates on issues related to the reality faced by them in the territories. The event is a moment of assembly, meeting and sharing among them. According to the organizers, 2,500 thousand women are already registered, in addition to more delegations that keep arriving from various parts of Brazil.

The expectation was that the meeting would gather 150 native people, but this number has already been surpassed with the presence of 180 different people. The indigenous camp is located in the space of the National Arts Foundation (Funarte).

The 2nd National Indigenous Women’s Forum was officially opened and a posthumous tribute was paid to Raissa Guarani Kaiowá and Daiane Kaingang, indigenous girls brutally murdered this year. Afterwards, the indigenous women participated in a hearing on access to law: violence, social rights and human rights.

The indigenous Braulina Baniwa, from the Alto Rio Negro region, in the Amazon, talks about the importance of discussing gender violence from the point of view of indigenous women. “On the 10th, we will work on this discussion in Working Groups, to see what we consider and what we don’t consider gender violence within our territory and to talk about the issue of care”, she said.

Braulina emphasized the importance of the union among all women. “We all have to walk together, make all indigenous and non-indigenous women know that they are not alone, despite all the challenges of confronting violence, attacking territories, rights”, detailed the Baniwa.

For Braulina, several people with the same agenda can walk together and perhaps reduce the invisibility of women. “The issue of gender violence is one that we will work on a lot during the event. We are with the elderly women, young people and indigenous girls too, so that we can learn to be careful about how to talk about this drama of violence and also how to welcome these women”, she said.

The women present at the National March also watched, from a big screen set up in the camp, the continuation of the trial of the thesis of the temporal mark, a matter of immediate interest to indigenous people all over Brazil, because the decision of the ministers of the Federal Supreme Court (STF) will have general repercussion in all cases of demarcation of indigenous lands in the country.

The thesis of the temporal mark, widely defended by sectors linked to agribusiness and rural producers, establishes that indigenous people only have the right to the demarcation of their lands if they prove that they occupied them on the day the Federal Constitution was promulgated, on October 5, 1988.

At the session on Wednesday, October 8, it was expected that the reporter of the matter at the STF, Minister Edson Fachin, would vote, but he did not get into the merits of the case. The president of the STF, Minister Luiz Fux, suspended the session after pro-Bolsonaro demonstrators invaded the Esplanade of the Ministries, the resumption of the session will be on Thursday, 9.

For Simone Karipuna, from Amapá, the suspension is a reason for anguish. “We came to Brasilia with this expectation that the trial would take place during our mobilization period and we end up facing this delay and this, in a certain way, makes us worried. But, despite the wait for a definition by the STF ministers, Simone says she is confident.

“Common sense will speak for us, the spirits of our ancestors will bring this very strongly, it will guarantee our strength, our territory, our own way of conducting, of having, of creating our future, come the decision ‘no to the temporal mark'”, she concluded. 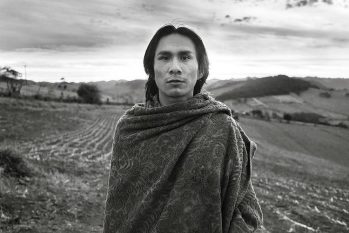