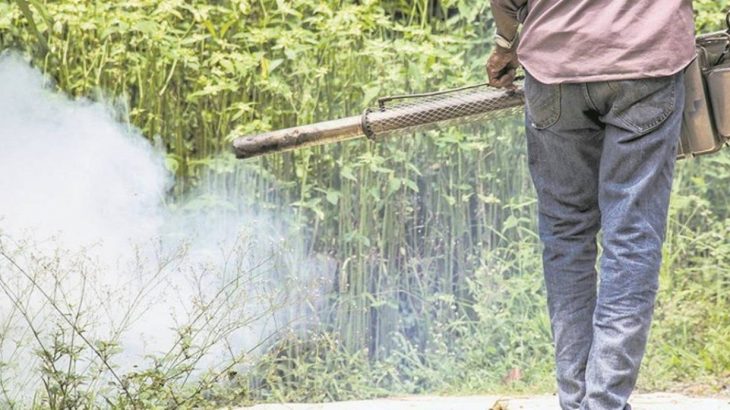 Dumping chemicals in rural areas: damages to the environment and human health (Shutterstock/GrooTrai)

BRASILIA – The Constitution and Justice Commission (CCJ) approved the report of PEC 101/2019, authored by lawmaker Perpétua Almeida (PCdoB/AC), which guarantees a health plan for the guards of the extinct Superintendence of Public Health Campaigns (Sucam), contaminated by the insecticide Dichloro-Diphenyl-Trichloroethane (DDT) and other insecticides during the execution of public health strategy policies to combat endemics such as malaria and Chagas disease.

The PEC, authored by lawmaker Mauro Nazif (PSB-RO), will benefit the public servants admitted until December 31, 1988, who had contact with the substances. Now the PEC goes to the Special Commission.

At that time, the contact with these substances was already forbidden in several countries around the world, even so, the use in Brazil occurred until the beginning of the 90’s and caused irreversible health problems to the public servants.

Several civil servants in Acre, Mato Grosso, Pará and Rondônia died from poisoning. The poison also caused diseases such as head cancer and leukemia. Moreover, most of the workers were not submitted to regular exams and until today they continue unassisted in health matters.

“There is an urgency in this issue, because there are still many people dying for lack of health care. We need to follow the PEC 101 that guarantees support and health care to the guards contaminated by DDT”, said the congresswoman.

Perpétua dedicated the approval of the report to two representatives of the category, Aldo Moura, from Acre, and Abson Praxedes, from Rondônia. Both are recognized for their fight in defense of the victims contaminated by DDT.