Início » Society » Roraima is the Amazon state that kills the most indigenous people, says Ipea

Roraima is the Amazon state that kills the most indigenous people, says Ipea 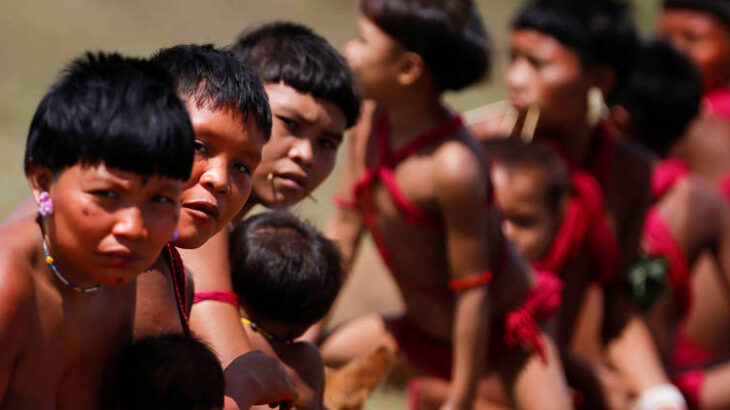 VILHENA (RO) – Roraima is the state in the Legal Amazon that has the highest rate of homicides of indigenous people. The percentage is part of the Atlas of Violence, a survey by the Institute for Applied Research (Ipea), released on Tuesday, 31st.

The survey, which compared the homicide rates between the general population and traditional people, revealed that for every 100,000 people, 57 murder victims belong to some ethnic group, while 38.6 non-indigenous people were killed in the state.

The same indicator also showed that Roraima occupies the second position in the ranking of states with the highest murder rates of indigenous Brazilians, losing only to Rio Grande do Norte, which scored with an average of 68.8.

In absolute numbers, there were 41 indigenous people killed in 2019 in the state of Roraima, falling behind Amazonas, which recorded 49 occurrences. The State of Roraima also surpassed Mato Grosso do Sul, with 39 cases.

When the numbers are compared to states that concentrate Indigenous Lands (TI) and self-declared indigenous population, Roraima appears in second place, losing to Rio Grande do Norte, but also ahead of Mato Grosso do Sul.

Homicide rates by Federal State with indigenous people or self-declared

The data from Ipea show a drop in the homicide rate for the general population of Brazil, while the number of indigenous people murdered has increased by 21.6% in the last ten years, the period between 2009 and 2019.

The deaths with the use of violence were more accentuated in cities where Indigenous Lands (TIs) are located: 20.4 murders per 100,000 indigenous people. Where there are no Indigenous Lands, the rate was 7.7.

In 2019, throughout the state, 113 murders and 20 culpable homicides (when there is no intention of killing) were registered. The total number of cases of violence against indigenous people reached 277 occurrences.