MANAUS – An article by scientists from Brazil published in the scientific journal, the Journal of Public Health Policy on Thursday, 27, gives support to the Parliamentary Inquiry Commission (CPI) of Covid, pointing out that President Jair Bolsonaro (no party) is contributing to the genocide of indigenous people and has turned Brazil into the global epicenter of Covid-19. The scientists also give recommendations for Bolsonaro to be removed from office and to be indicted at the Hague Tribunal for crimes against humanity.

The article “How Brazil’s President turned the country into a global epicenter of COVID-19” further indicates that the federal government has undertaken a political agenda that has contributed to the spread of Covid-19 and poses a risk to global efforts to contain the disease.

In the paper, the scientists point out that the high mortality of vulnerable populations, such as indigenous and black people, from Covid-19 is a “reflection of government policies related to the so-called ‘death agenda’ affecting indigenous and quilombola people, along with the social vulnerability these people face and the genetic vulnerability of indigenous people.”

Items on this “agenda of death” are indicated as the army’s distribution of hydroxychloroquine to indigenous people, and Bolsonaro’s sanctioning of expulsions of traditional people from territories they have historically occupied, as well as the veto of measures to provide drinking water and hospital beds to indigenous people during the pandemic. “The president’s sons and federal authorities even visited indigenous villages near Manaus without wearing masks, putting the communities at risk”, the document highlights.

The scientists point to three indicators that have made the country the global epicenter of Covid-19, leading to the registration of 559,000 deaths and daily mortality rates of more than 2,000 deaths in recent weeks. The first would be the number of daily cases and deaths higher than the global average figures, and the delay in vaccination and gaps in the national vaccination plan, which “increased community transmission in the Country despite the advancement of vaccination.” Finally, the emergence of a large number of new variants is punctuated.

“This makes Brazil a hotbed of new variants and brings with it the potential for the emergence of a vaccine-resistant variant”, they highlighted.

Manaus still appears in the article as a model of negligence in containing the pandemic, which caused the second wave of the disease, “which could have been avoided, since the epidemiological models presented to the public health authorities had warned of a second collapse of the health system months in advance.

Scientists indicate that this negligence in containing the pandemic in the Amazon capital gave rise to the P.1 strain of SARS-CoV-2, with double the transmission rate of the strain that started the pandemic. Among the causes of this negligence would be, primarily, the return to face-to-face classes in the capital in September 2020. “Three weeks after schools reopened, the number of hospitalizations doubled, followed by a more gradual increase since the health collapse in December 2020”, they pointed out.

The city is still considered an established model of the Brazilian government’s inadequate response when it was the first to bury its dead in mass graves during the first wave and became the site of “many preventable deaths when oxygen supplies were allowed during the second wave, and the source of the “Brazilian” gamma variant.” 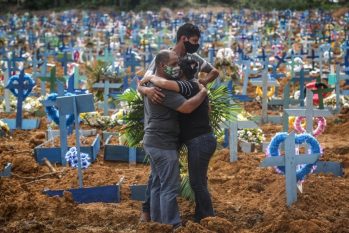 With 1,760 deaths in 24 hours, Brazil completes a record week in the average of deaths 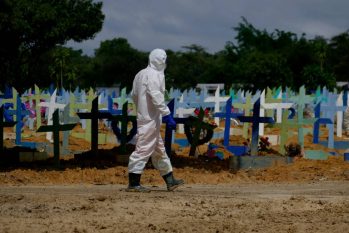 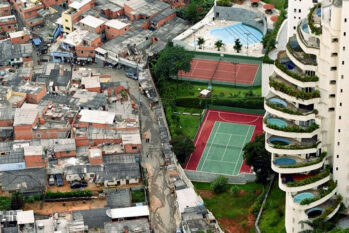 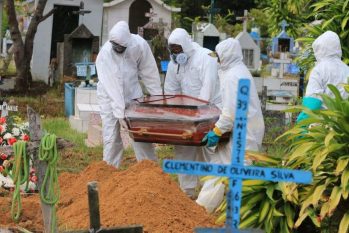