Início » Society » Negligence with the Amazon is the result of historical invisibility, say experts

In Brazil, the Amazon region has faced, in the last six months, periods of crisis in the supply of electricity, lack of inputs in the health area, and even floods due to the rising waters of rivers in the region.

The ‘blackout’ in the State of Amapá, the oxygen crisis in Amazonas, and the flooding of rivers in Acre are events that explain how crises in the Amazon are viewed, mainly by the federal government. For researchers, the neglect of the region is the result of long and historic invisibility.

According to historian Karol Jana, the neglect of federal institutions with the region is the result of a long historical process of marginalization and invisibility. “The Amazon Region is framed as a “demographic void” – a perspective that has already been refuted. This invisibility has been created historically and is even justified by government agencies”, criticized Jana.

Karol points out conditions that lead to the construction of the ‘invisibility’ discourse. “When the whole territory comes together, there are many interests in conflicts and it is in this process that there is a certain marginalization of these areas that, in addition to being far from the center, have their own dynamics”, said the historian.

Karol Jana also reiterated that, despite the region actively participating in the construction of the national economy, there is a relationship of xenophobia, prejudice, and discrimination, mainly because the region has a considerable indigenous and black population. “Although the North and Northeast are active participants in the Brazilian economic and social formation, with their majority of black and indigenous workers, we are part of this position in the center, and in fact, it is these people who actually built and build this country”, he pondered.

Despite the invisibility concerning the crises, the Amazon region becomes the focus when it comes to natural wealth. In 2020, deforestation in the Amazon broke a record for the past ten years. In the state of Roraima, the Federal Police are constantly launching operations to combat illegal mining in the land of the Yanomami, a region with a high concentration of minerals, mainly gold. It is estimated that 20,000 gold miners are exploring the indigenous land.

For sociologist Israel Pinheiro, the exploration of the region is the result of the colonization process that sees the Amazon as a place “without people” or with natives who do not have enough knowledge or knowledge to deal with the riches of the place.

In November 2020, Amapá faced an electricity blackout, which took three weeks to normalize. The crisis changed the routine of thousands of Amapá people and caused, directly or indirectly, the death of eight people and a series of problems, including the supply of water and telecommunications, the supply of fuel and food, and other goods and services.

In Amazonas, the high number of hospitalizations in Intensive Care Units (ICU), since December 2020, caused the lack of oxygen in health units. The system collapsed and many patients died. According to a document by the Attorney General’s Office (AGU), the federal government knew of the ‘imminent collapse’ of Health in Amazonas ten days earlier.

Currently, in Acre, municipalities are in an emergency and calamity situation due to the flooding of five rivers in the region, which has already left more than 130,000 people homeless. In addition to the flood, the State still faces an outbreak of dengue and covid-19, and also a migratory crisis of immigrants trying to leave the country through the border with Peru. 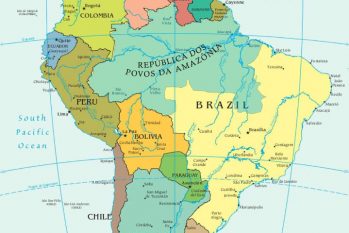 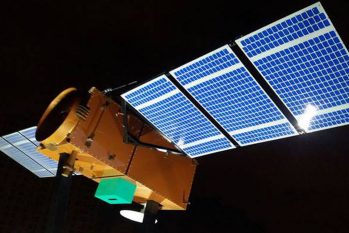