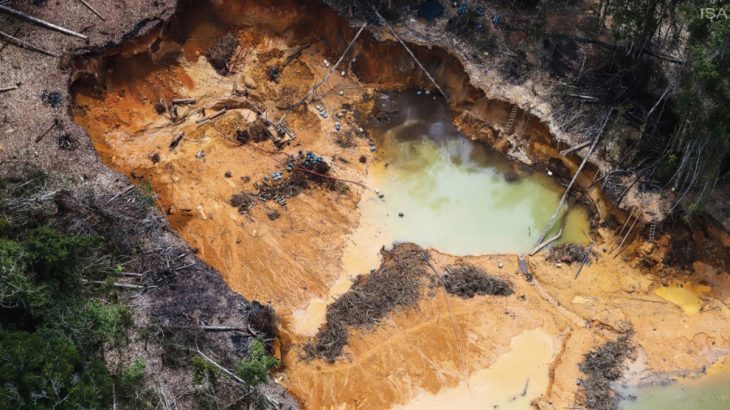 MANAUS – The sale of federal government land in agrarian reform settlements for mining, energy and infrastructure projects is now authorized by the National Institute for Colonization and Agrarian Reform (INCRA). The measure was published in the Official Journal of the Union and came into force on January 3 this year, through Normative Instruction 112, and signed by the president of the folder, economist Geraldo José da Câmara Ferreira de Melo Filho.

“The objective of this Normative Instruction is to regulate, on a national level, the administrative procedures for granting permission for the use of areas in INCRA settlement projects for mining, energy and infrastructure activities or enterprises that directly or indirectly influence the development of activities typical of the National Program for Agrarian Reform (PNRA)”, says an excerpt from the document.

According to a survey by InfoAmazônia, an independent Amazon news site, Normative Instruction 112 can unblock more than 20,000 mining requests in settlement projects in Brazil, which aim to exploit gold, iron and copper, among other precious stones. Experts say that the measure was established without public consultation and will have direct impacts on forest preservation and will promote the displacement and resettlement of thousands of families.

“It is a complete reversal of the agrarian reform policy. Without public consultation and without recognizing the Union’s property, which belongs to the whole nation, public areas are transferred to mining companies and other large enterprises. Families will have to be resettled again because of an interest that is not well balanced. This is worrying”, declared the Abra director to InfoAmazônia.

In all, according to InfoAmazônia, there are 20,353 active mining requests in settlement areas in the country, and most of the requests, more than 4,500, are for gold extraction. In the Amazon alone, there are 10,806 requests in 1,480 agrarian reform settlements.

Moreover, negotiations like these have been handled by INCRA even before it published the rules on the subject. According to a report by Estadão, in November 2021, Incra signed a contract with the Canadian company Belo Sun authorizing the reduction of the Settlement Project (PA) Ressaca and the Ituna gleba, where about 600 families live, in Pará, for gold exploration.