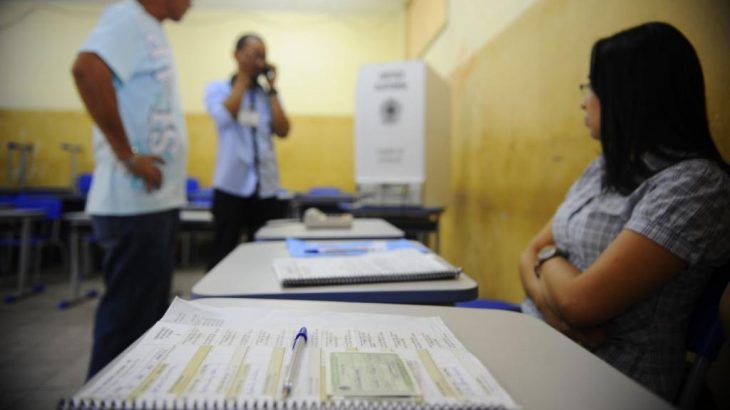 Strengthened in the last elections, the right wing may not perform well in 2022 (Photo: Reproduction/ Internet)

MANAUS (AM) – The political articulations in the Amazon for the 2022 elections are in full swing. Famous names of the Amazon electorate are trying to return to the political scene, seeking advantageous agreements, while others are seeking popular support to remain in their public positions. In this scenario, the right, strengthened in the last elections, should not have much of an advantage, with a fierce dispute for space among the candidates themselves.

In Brazil the politics of character, of the “cacique”, is very strong, to the detriment of political ideologies. So there are many names declaring themselves as supporters of the right-wing ideology, but all interested in their individual, personal political projects, which is why there are so many names. President Bolsonaro does nothing to contribute to unity in the base of those declared to be right-wingers, because Bolsonaro already indicates a name, already declares support for a name, and this ends up dividing the base, as the president, before any union, says what his preference is”, explained the political scientist Carlos Santiago.

In the next election, the electoral dispute will revolve around the positions of president, governor, senator, state and federal lawmakers. In the dispute for the Presidency of the Republic, the polarization should be consolidated, as highlighted by the specialist, between Luis Inácio Lula da Silva (PT) and Jair Bolsonaro (no party). A large part of the electorate no longer has the same preference as in the last elections, where they looked for new candidates. Santiago also explained that the big discussion about a possible third way should not go much further.

“First because Brazilian society is not very interested in voting in the dark, for someone they don’t know. The two names that are leading the polls, Bolsonaro and Lula, are known names. There is no longer that feeling in society of voting for the new, for someone outside politics. This is not going to be the feeling in the 2022 elections. That is why the polarization is so intense and the candidates who place themselves in the center field, as the third way, have difficulties in electoral and political growth, because they are names that have not governed the country, and others are known only in their states. This makes it very difficult to build a name, an alternative, for the so-called third way”, said the specialist.

Among the possible candidates who are already articulating their political agreements, for one of the eight seats in the House of Representatives, is former Senator Vanessa Grazziotin (PCdoB) and former state congressman Chico Preto, which projects the Bolsonarista political thought. The current federal congressman José Ricardo (PT) has exposed, in recent weeks, his intention to run for the state government, but in a recent survey of internal consumption throughout the interior of Amazonas, the petista may have a greater force if he tries for reelection.

“In Amazonas there is also not only a division in the so-called right-wing groups, but also in the left-wing parties. Because the PT has a candidate for the Presidency of the Republic, but from the local point of view it doesn’t have any name to run for the state government. For some elections it hasn’t indicated a name to run for the government. The possibility of election to the House of Representatives of José Ricardo and Vanessa [Grazziotin] is real, provided that these parties have the maturity to enter into an agreement, including with the caciques of local politics, a political composition to win the elections”, he explained.

The approval of the text also included access to the resources of the Party Fund and to radio and television advertising only for parties that obtained a minimum number of federal lawmakers or a minimum percentage of valid votes distributed in 1/3 of the states. The “distritão”, however, was rejected. As the political scientist explained, the discussions, which are still going to the second round and then go to the Senate, have the power to influence the progress of political articulations for the elections.

“There is a debate in the House of Representatives for the implementation of the districting vote, a debate on proposals for the return of proportional coalitions, which also involves electoral financing. The scenario will only become clearer after the House and Senate vote on the electoral reform proposals. Beforehand, I can affirm that there is a political tradition of the caciquism, in detriment of collective projects, which influences not only the parties of the left and of the right in Amazonas”, he affirmed.