World Water Day: expert says caring for natural resources ‘should be a lifestyle’ 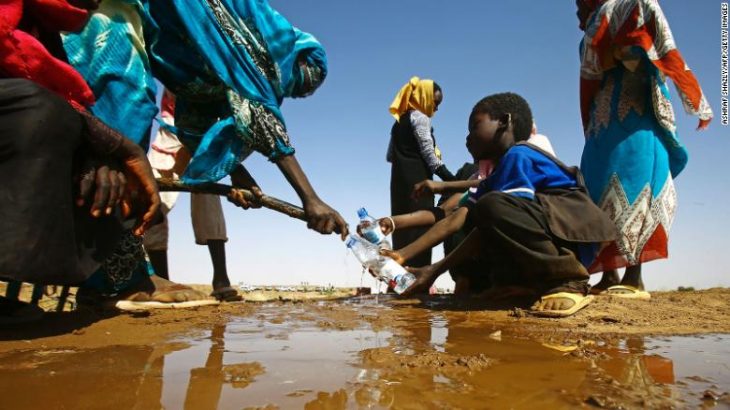 Worldwide, there are almost 780 million people living without access to clean water, and more than 2.5 billion need improved sanitation, according to the World Health Organization (Reproduction/ CNN)

This Monday, 22, is celebrated the World Water Day. One of the most essential resources for living beings. To remember the care and preservation of this precious asset, CENARIUM MAGAZINE interviewed the master environmentalist in Sanitation, José Coutinho Bezerra, who emphasizes that natural resources must be a lifestyle.

“The objective is to discuss important issues related to this natural resource. As we know, life on the planet is only possible thanks to the presence of water. Thus, taking care of water sources is fundamental for our survival. The human body, for example, needs water for various processes, such as maintaining body temperature and transporting substances”, stressed Coutinho.

Coutinho pointed out that the population, in general, must understand that there is no more time to discuss the need to maintain water quality but to make this a common practice. “It’s necessary to create a culture of belonging to treat water as an individual and universal good and that everyone depends on it for the continuation of our species”, pointed out the environmentalist.

“We need to build a world in which man learns to live with his habitat in a harmonious and balanced relationship, which allows food to be guaranteed to all without transforming agricultural areas into future deserts. For this, it’s necessary to build a new development model in which the improvement of the population’s quality of life, the preservation of the environment and the search for creative solutions to meet the needs of society are harmonized “, explained José.

In Brazil, according to the Sanitation 2021 Ranking released on Monday, 22, about 5.5 million Brazilians live without access to treated water and almost 22 million without sewage in the 100 largest cities in the country. The study, released by Instituto Brasil, is based on data from the National Sanitation Information System (SNIS), which assesses indicators of access to drinking water, sewage collection, and treatment in cities.

According to the institute, Brazil still does not treat half of the sewage it generates (49%), which means playing in nature, every day, 5,300 Olympic sewage pools without treatment.

Worldwide, almost 780 million people are living without access to clean water, and more than 2.5 billion need improved sanitation, according to the World Health Organization.

“The main environmental problems caused by untreated sewage is the lack of oxygen in the rivers. Wastes contain organic matter, which serves as food for bacteria.In the process, they consume oxygen, lowering the gas level in the water. In urban regions, it is common to find rivers practically without oxygen, where the odor is strong and the aquatic fauna cannot survive, this whole process, compromises the life of humanity and ecosystems “, reinforced José Coutinho.

For him, the problems that cause environmental pollution of water resources in large cities are noticeable, as they are related to the production of liquid and solid waste resulting from the daily production of the population, industries, consumed and discarded inputs.”In addition to the production of pollutants launched by vehicles and equipment powered by diesel, which are suspended in the atmosphere and on the surface of the soil, which are leached by rain to the receiving bodies, compromising water quality,” he continued.

The environmentalist also points out that although Brazil has a series of legal regulations, effective enforcement of these regulations has not shown convincing results. “Everywhere we can see how our rivers and streams are doing, these regulations are not yet capable of inhibiting the practice of this type of environmental crime. I understand that if awareness measures are not taken in all spheres of society about the importance of not dumping their pollutants in the receiving bodies and, before the sewage is treated, the effluents, the quality of life and the water of the population of the cities that are supplied with the collected water, either surface and groundwater, will be compromised in a short period of time”, he concluded.