Início » Tourism » After an ebb, the shore of a beach in AM countryside is cleared for bathers 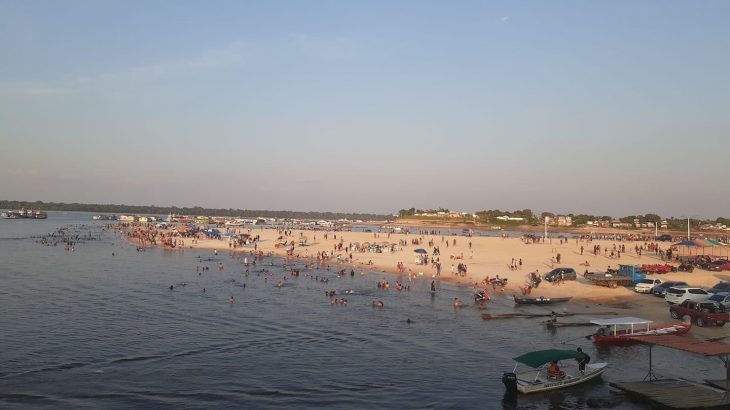 MANAUS – With the period of ebb and the emergence of beaches on the edge of Tefé (522 kilometers from Manaus), the city hall released the space for use by bathers, merchants and for conducting sports activities. Considered one of the city’s postcards, the publication that authorizes the population to use the beach sidewalk again was published in Friday’s 17th edition of the Diário Oficial dos Municípios (DOM).

In 2020, the drought phenomenon affected about 97 rural communities in Tefé, whose main means of transportation is by river. With the drought, these people become geographically isolated, causing a lack of food inputs for subsistence. In the first months of this year, on the other hand, the city also suffered with the impacts of the flood.

The liberation of the beach marks the beginning of the ebb period. Since the beginning of the month, the place has been receiving cleaning task forces to collect garbage and remove debris, under the coordination of the Municipal Department of Environment and Conservation (Semmac), of the Tefé City Hall. One of the operations was carried out on September 4, with about 300 professionals working.

According to the city hall decree, the consumption of alcoholic beverages will not be allowed in the sports complex. The commercialization of products and services on the beach is authorized for peddlers who have a regularized registration, issued in 2021, by the Executive Department of Tourism, Commerce, and Industry.

Although the city hall authorizes the use of the beach, the holding of events and shows is forbidden on the site, being subject, in case of non-compliance, to the application of a fine of two minimum wages in effect, as well as to answer for the crime stipulated in Art. 268 of the Penal Code, and the police may be used, as well as seizure of materials and drinks.

Also according to the decree, it is forbidden to use live sound, walls, DJ presentations, and bands. The sound cars, walls or similar are also forbidden to stay or circulate in the beach area, being subject to retention of the vehicle and other penalties allowed by law.