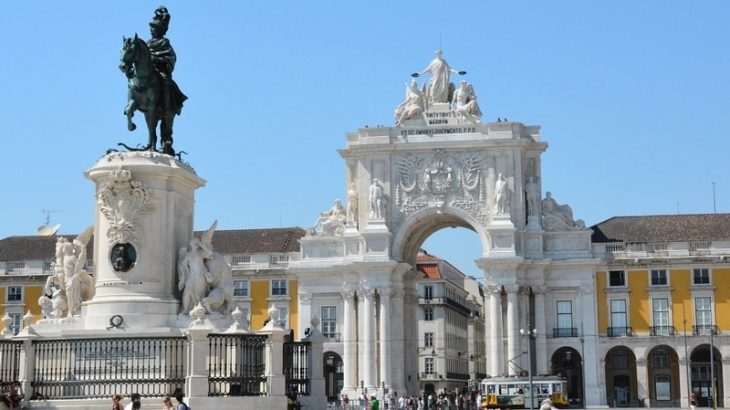 In Praça do Comércio are the monuments of D. José I and Arco Triunfal da Rua Augusta (Reproduction/ViajaMais)

MANAUS – The printed versions of REVISTA CENARIUM are on display at the 91st book fair in Lisbon, Portugal. The copies are available to the Portuguese public since August 26, at the convention that remains open until September 12.

The printed magazine is part of the product portfolio of AGÊNCIA CENARIUM, a content generator about the Brazilian Amazon that produces guidelines on sociopolitical, socioeconomic and behavioral issues, related to diversity, gender equality and ethno-racial relations.

With the most recent issues available in European territory, readers can appreciate stories produced this year in August, such as the most recent cover story “They made the Amazon a guinea pig”, as well as July’s “Cost Devastation”, June’s “Yanomami Genocide”, and even April’s “Hunger Pandemic” edition.

From the Amazon to the world

The exhibition of the magazines came about after an invitation from Dyandreia Portugal, president of the organization Rede Sem Fronteiras, who is also the national president of the Brazilian Association of Writers and Journalists of Brazil (Ajeb).

“It is an honor for Rede Sem Fronteiras to make this partnership with CENARIUM MAGAZINE because it is, in fact, a magazine that impressed me a lot. For those who are watching, I sign below, you need to get to know the magazine, visit their website, get in touch, and exchange ideas”, said Portugal, during a live broadcast about the initiative.

For Paula Litaiff, the executive director of CENARIUM, showing the Amazon from a different point of view highlights the productions, which emphasize science, culture and the protagonism of the Amazon people. “We run away from clichés, we want to show our reality. We are workers, fighters and warriors and this is what the magazine wants to show to Brazil and to the world. Such that this is our slogan”, commented Litaiff.

With 325 pavilions and 131 exhibitors, this is the second largest reading event promoted by the Portuguese Publishers and Booksellers Association (Apel). The numbers of this year’s fair only did not exceed the 2019 edition, when 328 pavilions were counted. Over the next few weeks, hundreds of people are expected in search of their favorite books and authors, in addition to those interested in learning about literary news and those who want to take advantage of promotions.