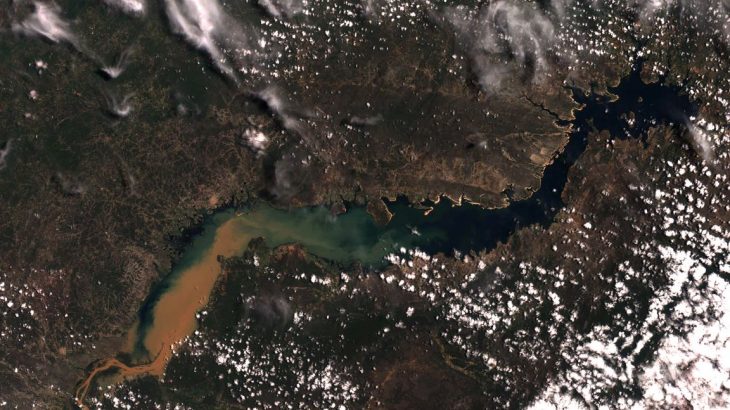 Records have a spatial resolution of 66 meters (Reproduction / Inpe)

MANAUS – This week, the National Institute for Space Research (Inpe) released the first images taken by the Amazônia-1 satellite, the first 100% Brazilian. The satellite, which should mainly assist in the fight against deforestation in the Amazon, has a high rate of return visits and presents clear images of spatial resolution.

Inpe reported that it received the first images of Amazônia-1 on March 3. The following records have a spatial resolution of 66 meters:

Amazonia-1 will also monitor agriculture throughout the national territory with a high rate of revisit – the ability to collect images for the same location in a short period of time – seeking to act in synergy with existing environmental programs.

For the doctor in Cartography and Geographic Information Systems, André Luiz Mendonça, in addition to the benefit of Brazil’s participation in the construction of its own satellite, the issue of revisiting is also important for the Amazon. While American and European satellites have rates of 10, 12 or even 15 days, the Brazilian satellite promises a five-day rate.

“This is very useful, because we can follow processes with greater agility, for example, for you to carry out certain types of inspections. Because it is also thought of here, you manage to make it, if necessary, have an even smaller return visit, every two days”, said Mendonça.

The equipment was launched at dawn on February 28 at the Sriharikota Launch Center in India. With 4 meters in length and 640 kg, the satellite must be 752 kilometers above the Earth’s surface in an orbit between the north and south poles.

From space, he sends the signal to three monitoring stations in Brazil: one in Cuiabá, in Mato Grosso; the other in Alcântara, Maranhão; and the third in Cachoeira Paulista, in the interior of São Paulo. All satellite movements are coordinated from another station, which is located at Inpe.