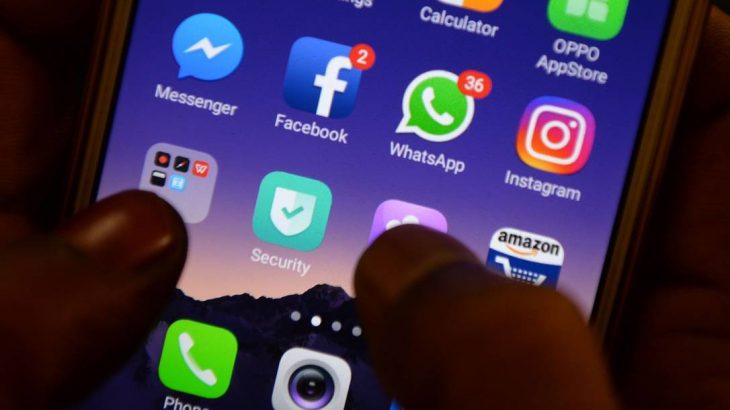 MANAUS – The messaging app WhatsApp and the social networks Facebook and Instagram were offline for almost seven hours on Monday, 4. The worldwide meltdown occurred around 11:40 am (Manaus time) and affected users around the world. The “dependents” of the applications felt the impact of the interruption of the application and the two social networks.

For social media Elias Mariano, who uses social networks as a work tool, the bug meant a delay in the production and dissemination of content for the company where he works. “With the social networks down, my work was damaged, unfortunately, because without them the dissemination of the company’s content is unviable. This results in a drop in proposed goals and accumulates content waiting to be disseminated”, explained Elias.

Besides those who work in the area of communication, workers in other sectors also felt the “pane” in the system. For entrepreneurs Luciana Melo and Luíz Melo, owners of the profile on Instagram (@cakedalu_manaus), which is focused on sales of cakes in Manaus, the atypical day resulted in impaired sales.

“The situation was very complicated. We felt the impact, we even canceled some orders, had customers who resorted to calling, but many were upset thinking that the order via app had been completed, but, in fact, we never got to see. Overall, it hurt our sales. On average, we sell 40 cakes a day, I believe that today will not be so, and if it doesn’t normalize, we will close earlier”, says Luiz.

With the Covid-19 pandemic and the physical distance between people, the use of social networks has become more intense. What was already a habit became an addiction for many, and the access to WhatsApp, Facebook, Instagram, TikTok, and Twitter became indispensable, to the point of generating a feeling similar to abstinence in the user when the access, for some reason, cannot be performed.

This is the case of dancer and reporter Manuela Dias, admittedly dependent on the networks and messaging applications. With the media out of the air unexpectedly, Manuela says that anxiety and restlessness took over the space, usually filled by clicks and posts.

“Whenever the social networks bug, I realize how dependent I am on them, because at this moment I am missing even the hundreds of notifications I receive every day. On a professional level, as I’m a reporter, it’s complicated to talk to sources and have the information I need instantly,” Manuela said.

According to studies by the Higher Institute of Psychological Studies in Spain, technology addiction is called “drug-free addiction”, and most often affects young people, more specifically teenagers who, due to excessive use of social networks, when deprived of the applications, experience withdrawal syndrome, emotional distress, dysphoria, insomnia, irritability, and restlessness.

According to health psychologist and expert in rapid strategic therapy Ana Belén Medialdea, in an interview for the newspaper El País, social networks are designed to “play” with human vulnerability and, by developing one of the basic needs of the human being, the sense of belonging, they end up being addictive.

“The pandemic has virtualized us, because, with no other remedy, we have had to learn to relate to each other, to adapt to telecommuting, to online classes, to remote medical appointments. WhatsApp, Instagram, TikTok and Twitter have become an extension of our real life, the inevitable way of relating… Positive feedback causes our brain to release endorphins – those chemicals in charge of producing our well-being – so we associate positive reinforcement with the pleasant sensations we feel when we receive this stimulus, which in turn becomes addictive”, Medialdea explained to the journal.

After the worldwide bug, the word WhatsApp was the first in the Trending Topics of Twitter in Brazil. The platform was even where the official profiles of WhatsApp and Facebook talked about the outage.

“We are aware that some people are experiencing problems with WhatsApp at the moment. We are working to get things back to normal and will send an update here as soon as possible,” both profiles posted.

Instagram also spoke out via its Twitter profile. “Instagram and friends are having a rough time right now and you may be having trouble using them. Count on us, we’re on top of it,” it posted.

The website Downdetector, responsible for monitoring complaints about internet services, even registered in the afternoon of Monday, 4, about 40,000 complaints about WhatsApp, followed by 10,000 for Instagram and 5,000 for Facebook.

Slow return and no explanations

Although it has not been officially confirmed, WhatsApp is returning slowly, just like Instagram. Moreover, some users already indicate, on Twitter, the partial return of WhatsApp.

So far, the real reason for the global bug has not been explained. Last June, all three apps also experienced instability, but at the time, it was only two and a half hours down. Facebook claimed that the failure was caused by a configuration adjustment.