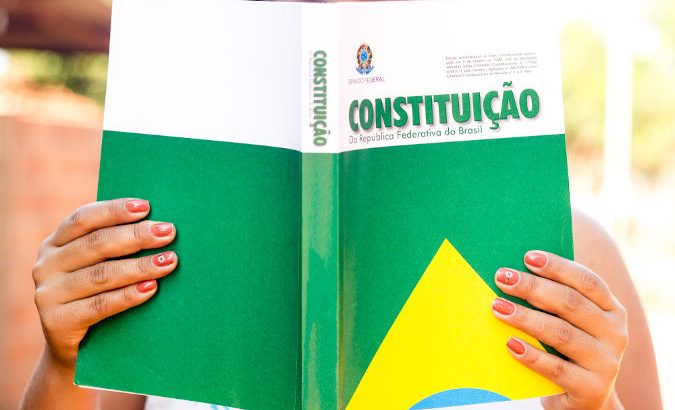 BRASÍLIA – Celebrated until today as a modern text and built after a wide debate, the Federal Constitution (FC) reached 33 years of existence and resistance, this Tuesday, 5th. In the opinion of those who have the opportunity and privilege of following closely the work of the Constituents, the Magna Carta marked an era and brought the hope of the emergence of a new Brazil after its promulgation.

Lawyer and university professor Helso do Carmo Ribeiro closely followed this period of history and says that the Constituent Assembly was heterogeneous, in a diverse National Congress that met, at least a little, the desires of the population. He remembers a remarkable fact, especially for Amazonian politics. “We had three women representatives in the National Congress participating in the process of drafting the new Federal Constitution: Beth Azize, Sadie Hauache, and Eunice Michiles.”

Modern text based on principles

In his evaluation, of the seven Constitutions Brazil has had, the 1988 one is the most advanced and democratic, with principles and values adopted by all contemporary societies. “Even at the time it was written, we were still under the Sarney Government, newly emerged from a military dictatorship, so the Constitutional text ended up being very analytical and going into some aspects that are not dealt with by other countries’ constitutions, such as, for example, environmental issues”, says the political scientist.

The indigenous issue was also contemplated in the Brazilian Major Law. “Their social organization, customs, languages, beliefs and traditions, and the original rights over the lands they traditionally occupy are recognized to indigenous people, and the Union is responsible for demarcating them and protecting and enforcing respect for all their assets”, states Article 231, which has been constantly cited and recalled during the mobilizations of indigenous people throughout Brazil.

Parliamentarian tools in the text

A curious thing about the Federal Constitution is that even though it guarantees the maintenance of the presidential system of government, a parliamentarian tool remained in the text of the Constitution: the provisional measures. This happened, as Helso Ribeiro reports, thanks to the articulation of the “centrão” (traditional centrist political group), which supported President José Sarney, barring the idea of implementing the parliamentarian system in Brazil.

The work of drafting the new Constitution and the subsequent promulgation brought hope that the country would change from that day on October 5, 1988. Today, Professor Helso always invites students to reflect. “It is not through laws that our happiness will come, it will come with the exercise of citizenship, with all of us becoming interested in political issues, supervising those people we chose to represent us”, he also pointed out.

Another educator, the director of the Pedagogical Network, Erika Radespiel, says that knowledge of the Federal Constitution is a condition for the exercise of citizenship – one of the goals of education. She also agrees with an inter and transdisciplinary work that presents the Constitution in schools and universities. “It is important that every citizen knows the Laws that govern their Country. Children, as well as young people and adults must be aware of their rights and duties”, she highlighted.

Erika believes that it is important, in encouraging this knowledge, to demystify the idea that the Law is something difficult to understand, accessible only by professionals specialized in the subject. “The Federal Constitution, as well as any other norm, concerns life, daily life, issues that are part of society. Everyone can understand the content of the chapters and articles of the FC as long as this content is presented in language that is appropriate to the age group”, he also contributed.

The reporter of the 1988 Constitution, jurist Bernardo Cabral, recorded a message addressed to the members of the Academy of Legal Sciences and Letters from Amazonas, remembering the 33 years since the FC was promulgated. In the video, he talked about the criticism received during the constituent work, when politicians said that the Constitution “would not last six months”. In Cabral’s words, the crises the country is going through “only didn’t lead Brazil to a dictatorship because our Constitution is there: 33 years of resistance”.