Início » Culture » From the exotic to the mysterious: how do tourists around the world see Manaus

From the exotic to the mysterious: how do tourists around the world see Manaus 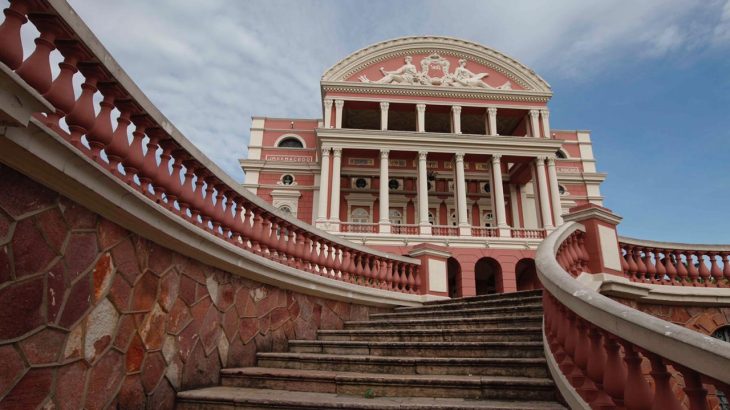 The capital city of Amazonas located in the downtown rainforest receives thousands of tourists every year excited by the natural and rich history. However this for the critical people, Manaus City still is an exotic and mysterious city.  About this CENARIUM MAGAZINE did some international interviews with residents around the world to know if their impressions are based in stereotypes.

For the Dutchwoman Liza Silva (35 years old), founder of the Non-Governmental Organization (NGO) Missing Persons Brazil-Holland (PDBeH), there was a fear of stepping on Amazon soil.

“I was very afraid to go to Manaus City because I thought that everywhere there would I see animals like snakes, spiders and other dangerous animals that can attack us. It was very strange, because I saw that it was totally different that there was a real city. Houses, apartments, large buildings, it’s normal”, he says.

I really fell in love with Amazonas, I have already visited 14 Brazilian states and Manaus City is the most beautiful city I have visited, for sure. I think everyone should know. It is as if you visit different worlds in the same place. I took Amazon tours and I can say that when you leave the forest and arrive in the Capital, it seems like two different worlds. It’s amazing” highlighted Liza.

In a quick search on the internet, it is possible to find several advertisements from tourism agencies, a lot of adverts offering “adventure packages”, stepping up the idea of “primitive city” and the exploration of wild tourism, where animals are used as the main tourist attraction.

For this reason that residents abroad, like as the American student, Antony Mont (28 years old) when you asked about visiting Manaus Town, the stereotyped speech is endorsed “It would certainly be one of the Brazilian places that I would like to visit, because it is different from everything and exotic, perhaps?”, he asked.

Antony also points out that the capital of Amazonas would be an ideal place to have contact with wildlife. “I think it is the only place in the world that I would find really diversified tourism. I would love to meet, especially to see those beautiful animals up close like the jaguar. Here (in the USA) we don’t have that chance “, he explained.

According to the Amazonas State Tourism Company (Amazonastur), just in 2019 Manaus received 624,744 tourists, representing a 2.76% growth compared to 2018. Of that total, 223,714 of the visitors were foreigners. In relation to the origin, at the top of the list are countries like the United States, Germany, and France.

The agency’s report also includes the intention of returning tourists. Regarding foreigners, more than 70% stated that they wish to return to the capital.

A search conducted in July 2019 by the Federação do Comércio de Bens, Serviços e Turismo do Estado do Amazonas (FeComércio), affirmed that 60% of foreign tourists stated that the trip to Manaus exceeded their expectations and another 79% of them pretend to recommend the municipality as a tourist route.