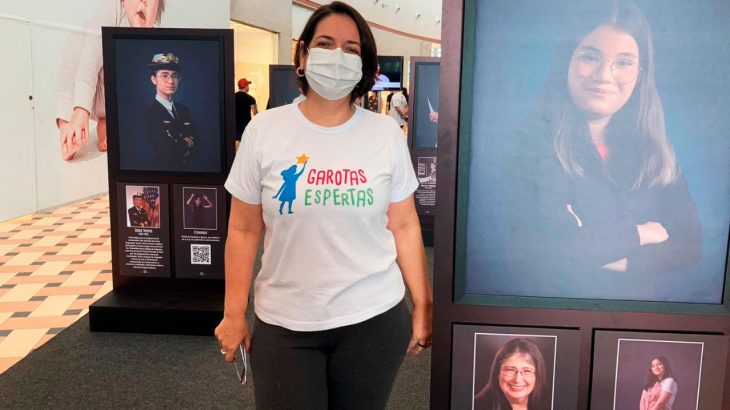 MANAUS – From this Tuesday, 12th, until October 24th of this year, the project “Smart Girls” will be on display at Manauara Shopping, in the Adrianópolis neighborhood, south-central zone of Manaus. The exhibition that honors great women scientists has the presentation of short films and images of 12 young actresses from Amazonas who star in the audiovisual production.

The Smart Girls is promoted by the “Cunhantã Digital” project, in partnership with Casa de Artes Trilhares, and seeks to encourage the participation of the female audience in the world of science and technology. The initiative was launched last Wednesday, 6, in a ceremony held at the Palácio da Justiça Cultural Center, in downtown Manaus, and features 12 short films starring girls aged 8 to 14 playing women scientists.

“The exhibit will be here from October 12th to 24th, during the mall’s opening hours. At some times we will have the presence of children dressed as the characters to talk to the public and take pictures with people who come to honor the exhibition”, explained Fabíola Nakamura, coordinator of the project Digital Cunhantã and professor at the Institute of Computing, Federal University of Amazonas (Ufam).

According to the professor, the short films, which tell the main achievements of the scientists played by the child actresses, will be available starting this Tuesday, the 12th, for free, on the YouTube channel of the “Cunhantã Digital” project.

“The 12 short films will be available from 2pm this Tuesday, totally free of charge, for anyone who wants to check them out, recommend them, use them as research or educational material. This is what we consider season 1 of the Garotas Espertas and we hope to continue”, concluded Fabíola Nakamura.

Garotas Espertas was produced within the project “Support for the increase of women in computing”, through the Cunhantã Digital Program, of the Computer Institute of Ufam, partially funded by the Program of Support to Projects Financed by Impositive Amendments (Proemend), of the Amazonas State Fund for Research Support (Fapeam), proposed by the State Lawmaker Alessandra Campêlo (MDB).

Watch episode 1 of the project: