Início » Environment » Meet some bizarre animals that inhabit the Amazon

Meet some bizarre animals that inhabit the Amazon 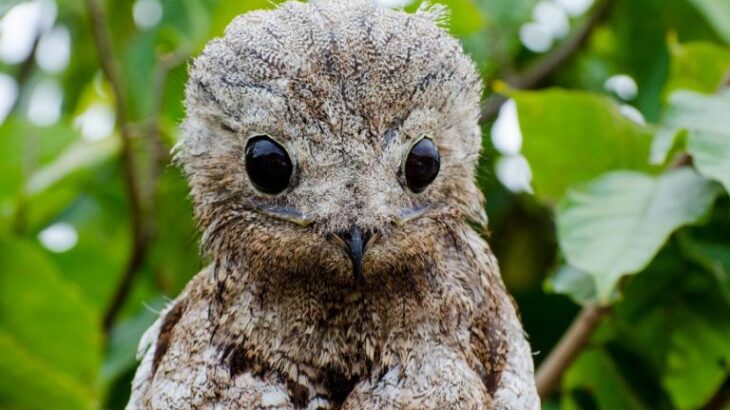 Urutau has the ability to see everything around him, even with his eyes closed (Photo: Allison Cafeseiro)

The Amazon that fascinates with more than five million km² is also the one that arouses curiosity with its fauna of 30 million species, according to data from the Brazilian Agricultural Research Corporation (Embrapa).

Transparency in the body, scary sounds and eyes, perfect camouflages, nocturnal habits are some characteristics of the animals that the largest green region of the planet shelters. Many of them, not even science has been able to catalog. Studies prove that they are also essential for the balance of complex ecosystems.

Meet some of the exotic species that inhabit this green legacy.

The first on the list, the glass frog, is only 24 millimeters long and is transparent. This animal feeds on invertebrate animals, mainly insects. The transparent skin makes the viscera, muscles, and bones of these amphibians visible.

According to researcher Ana Cristina Cordeiro, who studies these animals, there is a risk of extinction, due to deforestation and fires. “They are dependent on the forest to reproduce. They depend on the vegetation and the water body. It is an animal sensitive to changes in the environment. Deforestation removes its natural habitat and can lead to extinction”, said Cristina.

On average, females lay about 20 eggs in the rainy season, between December and May. After mating the eggs are placed in leaves on the trees above the water, where they develop for a few days. Afterward, the tadpoles break the egg capsule, fall into the water and remain until they complete development.

The species was discovered by researchers during night surveys in the Cachoeira da Onça area in Presidente Figueiredo, the municipality in the state of Amazonas, in 2002.

A fish that looks like a huge aquatic snake and is capable of emitting electric waves. Poraquê (Electrophorus electricus), also known as the electric eel, has such peculiar characteristics that it is the only species of fish in the genus Gymnotidae.

According to Professor André Casas, a specialist in fish anatomy research at the Federal University of Acre (Ufac), the Poraquê belongs to a family close to the catfish. This fish can reach up to 3 meters in length. Its body is formed by 1/4 head and belly, the rest is tail. According to André, it’s in the tail that electrical discharges are formed that can reach more than a thousand volts.

The electrical waves emitted come from inside the body due to a set of special cells that it has. This fascinating skill is used for many functions, such as hunting, defending against predators, and communicating with other eels.

According to André, this fish does not attack humans. “I can say, absolutely, that the Poraquê does not attack human beings. He runs away. He’s there in his natural environment, there is a disturbance in the water, he walks away. It will only emit an electrical discharge when it is hunting for prey, which is the fish, or when it’s trying to chase away a predator”, concluded the researcher.

A phantom bird, with a melancholy song, skilled in camouflage and admired even in large cities. The Urutau (Nyctibius griseus) is a migratory bird, which would explain its “disappearance” during some seasons.

The color and pattern of the plumage of the common Urutau perfectly mimic the color of dry, dead, or broken tree trunks. That is why this bird can go completely unnoticed in the middle of its natural habitat.

The bird also demonstrates an impressive ability to remain completely immobile for several hours, even when they detect the presence of other animals or people. This ability allows the Urutau to go unnoticed by potential predators and save a lot of energy on the run.

Known as “magic eyes”, the Urutau’s eyes are large and round, with a yellow iris. It’s exactly this color that prevents it from having perfect camouflage, so individuals of this species tend to close their eyes when the threat is close by. Also, its eyes have a small slit in the eyelids through which the bird can continue to see even with its eyes closed.

With nocturnal habits, the animal mainly hunts moths and beetles, common in its diet. It also emits a melancholy sound and a descending sequence of screams, which can be frightening.

“There are five different species of Urutau that occur in the Amazon. The most famous is known as the mother-of-the-moon, she sings on moonlit nights. All five species have this camouflage”, said the researcher from the National Institute for Research in the Amazon and ornithologist, Mario Cohn-Haft.

The vinegar dog (Speothos venaticus) has a reddish-brown color, the elongated body, the legs and tail are short and the ears are rounded.

He lives in groups that can vary from 2 to 12 individuals, in which there is a dominant couple, who can reproduce from one to six puppies. The origin of the name is due to the strong odor of urine that refers to the smell of vinegar.

“It is very rare for this animal to be registered in its natural habitat, especially in an area that suffers from urban pressure”, said the Secretary of Environment in the Amazonas, Eduardo Taveira.

Despite being small, they are fierce and with strong jaws, being able to knock down larger individuals, thanks to the cooperative hunting pattern. Their habits are diurnal and, at night, they retire to sleep in hollows in trees or burrows.

The species occurs in much of Brazil, but there is little known information about its population in the country, which makes the species rare. The animal is also found in neighboring countries like Paraguay, Argentina, Bolivia, Peru, and Ecuador. According to the classification of the International Union for Conservation of Nature (IUCN), the vinegar dog is considered a threatened species.