Início » Environment » No fear, no willingness to stop. Listen to what the miners on the Rio Madeira dredges are saying 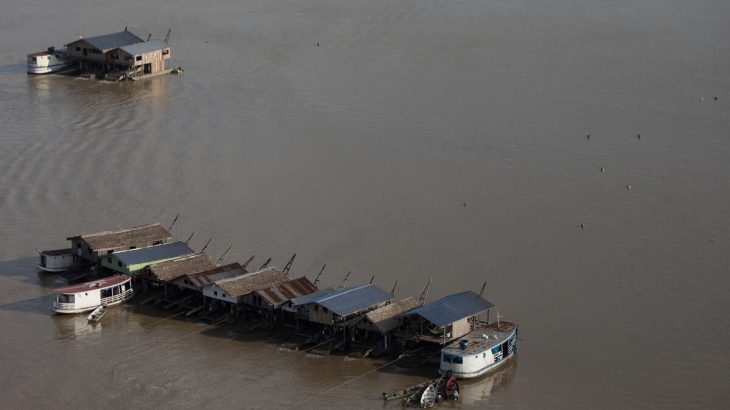 Action by the Federal Police, with support from the Armed Forces, is being prepared and must be carried out urgently. (Photo: Bruno Kelly/ Greenpeace)

MANAUS – The miners who are grouped together on rafts, in a stretch of the Madeira River, in Autazes (distant 112 kilometers from Manaus), say they are not afraid of surveillance of the Federal Police (PF) and the Brazilian Navy, and that the posts on social networks, showing photos and videos of where they are, are not authorized by the owners of the vessels. The conversations, held in a WhatsApp group composed of people who practice the activity, were obtained exclusively by CENARIUM.

On Thursday, 25, the Vice-President of the Republic, Hamilton Mourão, said that the two institutions are preparing an operation to combat illegal mining in the region, which provides for the approach of the vessels and the survey of their legal situation, with the seizure of those that are irregular.

The mobilization on Madeira River happened after miners reported finding a large volume of gold. In common situations, the rafts go to the region independently, only this time, more than 300 of them clustered by the Madeira River, where they are.

“That’s why I talk. Every post that a peasant makes is posted on Facebook. There is mining on the Madeira River. There is Araricoera mining. Everything they do is posted. Man, the guys don’t know how to work, they don’t know how to keep quiet. He wants to post something every time. For me, a machine owner should tell a guy like that to go away. If I were a machine owner, I would tell him to go away”, says one of the diggers in the audio.

In another moment, the same man states that he would not forgive the publication of the ore extraction site. “I wouldn’t forgive a guy like that. I would take a video and post it on Facebook. If I saw something like that, if I were a ‘machine owner’, I would send him away. You’re crazy!” concludes the man.

The vice-president of the Republic, Hamilton Mourão, said on Thursday, 25, that the operation of hundreds of miners in illegal rafts on the Rio Madeira may have the support of members of drug trafficking. According to the vice president, the interest of drug traffickers in exploiting the Amazon river routes involves not only the transport of drugs, but also the trade of gold.

“We have had several reports that drug trafficking, these gangs, in order to protect their routes, have gone up there. One of the ways they maintain themselves is by supporting actions of this nature (garimpo). Even because, if the gold is extracted illegally, it is an asset that they can exchange for drugs”, affirmed Mourão.

The vice-president commented that the Federal Police (PF), the Navy and the Brazilian Institute of Environment and Renewable Natural Resources (Ibama) are already preparing to act. “The Navy has to verify who has a legal vessel. The people who are illegal will have their boats seized”, he said. 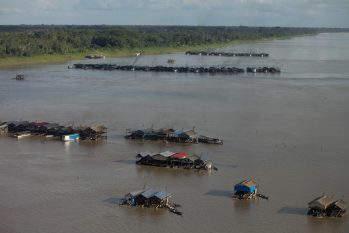 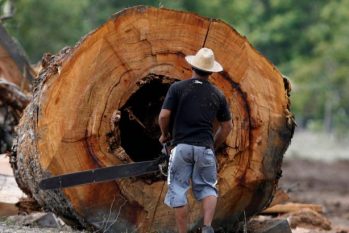