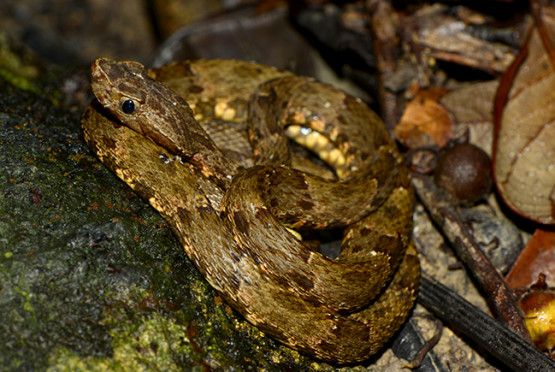 Researchers from the Federal University of São Paulo (Unifesp), University of São Paulo (USP) and the Butantan Institute identified a series of small protein fragments with pharmacological potential for cardiac conditions, bacteria, fungi, viruses and cancer, among others, in the poison northern jararaca (Bothrops atrox), and a species of tarantula (Acanthoscurria rondoniae), both from the Amazon region.In the snake venom, 105 peptides (protein fragments) were found and in the spider, 84 new toxins.

“This spider has been studied very little until today. There are several studies on the snake species, but not at this level of detail of the peptides, which are small molecules, with few amino acids, which makes it easier to synthesize those that seem more interesting ”, explained the professor at Escola Paulista de Medicina (EPM), from the Federal University of São Paulo (Unifesp), and studies coordinator, Alexandre Tashima.

In this study with the northern jararaca, scientists sought to differentiate the venom from females and males, analyzing four animals of each sex. The hypothesis was that females could have differences in the composition of the poison because they are larger and because they have the most potent venom. The survey showed that females have a greater abundance of peptides that bind to blood platelets, which may interfere more with coagulation than that of males.

“Depending on where they live and the prey they have at their disposal, snakes may have differences in the composition of the venom, even within the same species. In the case of females, since they need to protect eggs, this may have favored a selection of more potent forms of the toxins, ”explained Tashima.

The study also showed that males and females have a diversity of peptides that can be studied in the future to give rise to new classes of drugs for high blood pressure.

In the case of the tarantula, the examination of the 84 toxins showed similarities with others that have bactericidal, anticancer, antifungal and antiviral effects. Seven new cysteine-rich peptides (CRP) have been identified, a common substance in spiders, known to have effects on ion channels and against bacteria. In addition to them, another peptide has potential not only bactericidal but also antifungal.

According to the data, some of the CRPs are very similar to other peptides, from other animals, which have already shown promising results against viruses. Two CRPs and four smaller peptides also showed potential against tumor cells.

“This study also shows how little we know about our biodiversity, the largest in the world, both from a biological and ecological point of view, as well as pharmacological and biotechnological. Molecules like these can be exploited in a sustainable way. We are losing many species without even knowing about them”, said Tashima.

The next step in the research is to confirm the action of these substances through experimental work that should be done on cell and animal models, since the results are only indicative of potential biological activities.

The studies are supported by the São Paulo State Research Support Foundation (Fapesp).