Início » Tourism » Without cities from Amazon, survey chooses the best cities in the world to travel 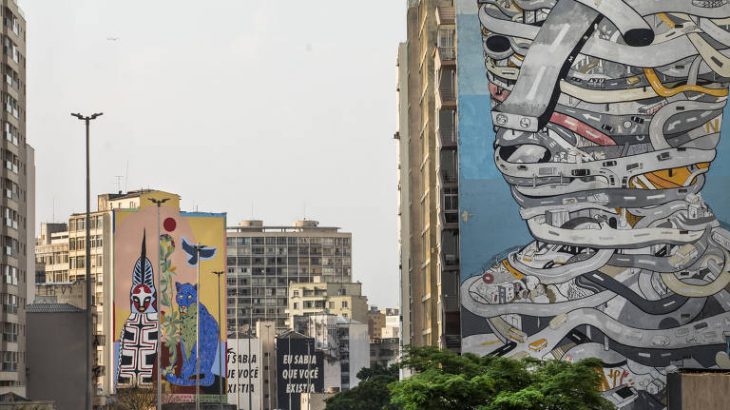 In the foreground, 'Urban Man', by Tec; in the background, the work 'Pindorama', by Rimon (Eduardo Knapp/Folhapress)

MANAUS – The global media magazine “Time Out” released, this Friday, 10, the best cities in the world to travel. Without Amazon cities, the study has only São Paulo, in the 31st position, as Brazil’s representative among the 37 cities mentioned. For specialists, if on the one hand the survey shows the tourist potential of the São Paulo capital globally, on the other hand it alerts how the cities have been badly seen by tourism professionals from outside the country.

San Francisco, in the United States, Amsterdam, in the Netherlands, and Manchester, in England, were elected the three best cities in the world to travel to. The survey took into account themes such as sustainability, adaptation during the pandemic, green spaces, community projects and art. São Paulo appears on the list mainly because of its graffiti and spaces for artistic exhibitions.

“Many of the city’s museums are open again, exhibiting promising Brazilians, while even smaller spaces like Lona Galeria are adopting digital options as supplements to their exhibitions”, the survey reported. According to the magazine, the list was compiled based on responses from all categories in the survey, along with the perceptions of Time Out editors and experts around the world.

For Tiago Lopes, the list shows São Paulo’s tourist potential to the world, but it is a surprise that Rio de Janeiro is not among the nominees. In his evaluation, the green spaces, community projects and artists’ work were fundamental for the São Paulo capital to be chosen.

“It is a city with more than 12 million people. During the pandemic, it knew how to reinvent itself. We have green spaces, even if many were created. There are community projects, and the art here is for sure the strong point. The graffiti here, too. The artists, Brazilian graffiti artists, are internationally renowned, like [Eduardo] Kobra, who is known all over the world”, he commented.

The survey, despite talking about sustainability, green spaces, community projects and art, did not indicate any city in the Amazon to integrate the list. The lack of management in the organization of spaces, lack of offer of leisure options and recreation places are some of the causes that made the region’s cities not to be elected.

“Unfortunately, the Amazonian cities still suffer from many evils of poor management in the organization of space, in the management of services, and also in the offer of leisure options and various recreation activities, both for the resident population and for tourists”, commented the specialist.

See the list of the best cities to travel to, according to Time Out: