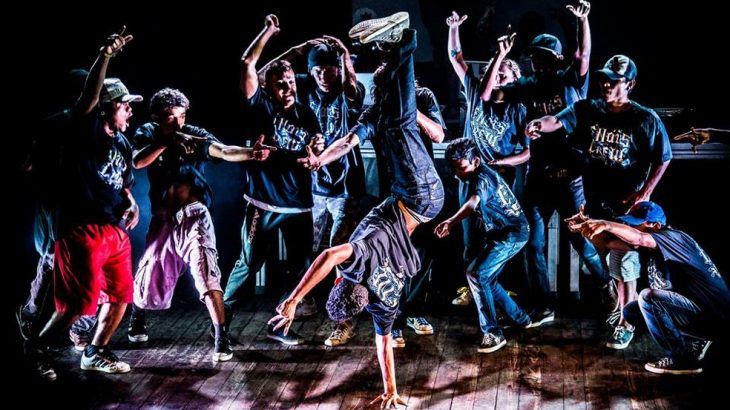 The movement arrived in Brazil in the mid 1980s. (Luiz Alves/Promotion)

MANAUS – The World Hip-Hop Day is celebrated this Friday, 12. The cultural movement that emerged in the 1970s in the Bronx, a famous ghetto in New York, spread around the world and arrived in Brazil in the mid-1980s, fostering the organization of various groups influenced by a range of musical styles such as Blues, Funk and Reggae, which served as a tool to give voice to minorities.

The city of São Paulo was one of the main receiving centers of the style. As time went by, the movement gained space in other states of the country. In Manaus, it is possible to find engaged and well-known people in the local Hip-Hop scene, as is the case of Amazonian Cida Raper. With almost 20 years of career, the rapper, who encourages female participation in cultural expression, says that the celebration of the date has an extra meaning for her.

“Every time Hip-Hop completes another year of life, I reflect, because I am part of this culture and I am reborn together. I am about to complete 20 years of career within the movement, being one of the pioneers to raise the flag of women’s rights within Hip-Hop, more precisely in Rap”, celebrates Cida.

In Cida Raper’s eyes, to live Hip-Hop is to live, in practice, respect. The only child of an interracial relationship between a white Amazonian father of Portuguese descent and an Amazonian mother with indigenous roots from the Kokama people, Cida compares the four elements of Hip-Hop (Rap, Breaking, Dj, and Graffiti) with the four elements of nature (earth, fire, water, and air).

“To live Hip-Hop is to have family inside the house and in the street, with partnership in the work, helping the community and, mainly, with social responsibility, which the expression has been teaching society to have. All this in the subtlety of the events, the music, the dance, the beats, and the colors, awakening to a political consciousness, because Hip-Hop is revolution, it is to recognize and fight for the rights of all”, explains Cida.

The rapper, who joined the Permanent Forum of Women of Manaus representing the Hip-Hop culture, says that by understanding the messages passed by the musical style, awakened a new look about herself, which considers a “watershed” in her own life.

In Manaus, to celebrate the date, the second edition of the Urban Culture Festival takes place this Friday, an initiative of the Government of Amazonas, through the State Department of Culture and Creative Economy (SEC). Until 9 pm, activities such as break dance battles, all style, and the presence of the group Holograma and Kurt Sutil, from the collective Aposse92, will take place at the Skateboarding Track at Parque São José, in the São José neighborhood, East Zone.

In an interview to CENARIUM, the State Secretary of Culture of Amazonas, Marcos Apolo Muniz, said that the festival is part of the +Cultura program, a package of actions directed to Culture and Creative Economy. Also about the support to the urban cultural manifestations, Apolo points out that the agenda is the result of a conversation between the secretariat and members of the movement.

“It is a success story. We have the Urban Culture Festival, which is already very well accepted, and we also have the edicts to encourage the work of this group. Besides, I, particularly, visit some actions, precisely seeking this dialog with the people, so that we can find other means that can be implemented to value this cultural expression”, comments the secretary.

Unlike American Hip-Hop, which, most of the time, focuses on lust and women-oriented productions, the Brazilian movement has become a spokesperson for criticism of social, racial, political, and economic barriers, among others.

Internationally, one of the most important names is Jamaican DJ Kool Herc, but over the years, names like Laurin Hill, Queen Latifah, The Fugges, and Bone have also become recognized in the medium. In Brazil, starting in the 1990s, artists in the scene have been occupying space and achieving visibility, among them names like Racionais MC’s, MV Bill, Sabotage, and Facção Central. National artists such as Dina di, Luna Rabeti, Sharylaine and Rúbia RPW, Clanordestino, and RZO are also part of the movement’s list.

Besides serving as a welcoming point, especially for black youth to express themselves, Hip-Hop opened the doors to dances, such as Street Dance or Break Dance. For a long time seen as a peripheral and violent culture, through sound, lyrics and dance, Hip-Hop adepts have managed, over time, to expose their reflections.

“Our and, mainly, my utmost respect to Hip-Hop, which taught me and took me to several places and challenges that I overcame and that made me this woman, teacher, rapper, feminist, activist, broadcaster, writer, researcher, and, above all, human”, concludes Cida Raper.