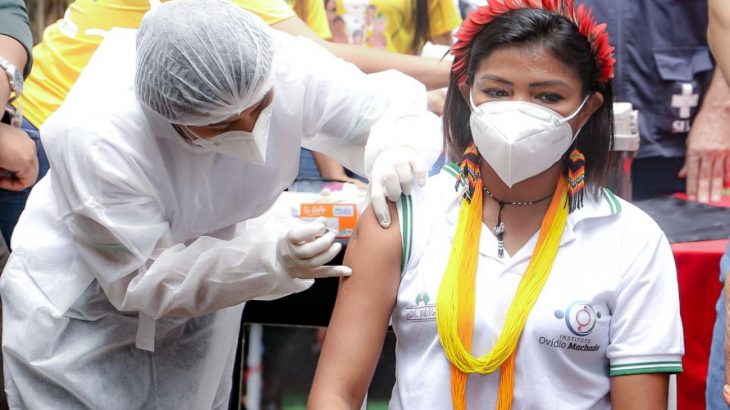 81% of the indigenous population has already been vaccinated in the country. (Sespa)

MANAUS – The pandemic of the new coronavirus was marked by the mass dissemination of false news about the disease. One of them is the misinformation about the vaccine that prevents the contagion by Covid-19. The so-called ‘fake news’ reached the indigenous villages, which hindered the immunization of these people.

The alert was given by Professor Orlando Melgueiro, 60, of the Baré ethnicity, vice-coordinator of the Coordination of Indigenous Organizations and People of the Amazon (Coipam), born in Cucui, border with Colombia and Venezuela, in the “Cabeça do Cachorro”, in São Gabriel da Cachoeira (852 kilometers from Manaus). For him, and other representatives, the refusal of vaccines by the indigenous people is associated, precisely, with the dissemination of false news.

“The indigenous situation is worrisome because of the ‘fake news’ that reaches the communities, whether through religious means, as on the part of evangelicals, or people of bad faith, who inform the leaders of the communities that the vaccine can transform people, increase diseases in the body, and other things. Considering that the health of indigenous people worldwide is very fragile, and they have little immunity, Covid-19 can be fatal for the indigenous populations that refuse the vaccine”, said Melgueiro.

According to the indigenous leader, the false information is so miraculous that it even goes so far as to report that the world is going to end and that the vaccines will accelerate the extermination of people. Because of their fear, the indigenous people end up refusing to take the vaccine or receive health professionals in the villages. Orlando reported that he has witnessed this in several villages, such as in the Yanomami villages in Roraima; Apurinã, in the Alto Purus and Marawiyá, in Amazonas, Marubos and Maioruna, in the Jauari Valley in Pará.

“Many ‘relatives’ have died this year, not counting hundreds who died last year. In light of this, the National Indian Foundation (FUNAI), which exercises public policies for the population, in the context of guardianship, is being extremely harmful, that is, it is not exercising the public policy of Brazilian legislation”, said Melgueiro.

The dissatisfaction of the indigenous people with the National Indian Foundation led the Articulation of Indigenous Peoples of Brazil (Apib), together with the Public Defender of the Union (DPU), to file a civil public action, in the Federal Court of Brasilia, against the president of FUNAI, Marcelo Augusto Xavier da Silva, on Tuesday 5. The organization asks for Xavier’s departure for violating the Constitution.

“The permanence of Marcelo Augusto Xavier da Silva, in the presidency of Funai, sowing the destruction of state structures for the protection of indigenous rights, as seen in several other organs of the current government, is the bankruptcy of the Democratic State of Law. The system of checks and balances must work to guarantee the observance of human rights. As guardian of fundamental rights, firm in the need to assume counter-majoritarian postures and decisions”, concludes Apib.

“Another fact is that indigenous organizations in recent years have been weakened due to various situations and government actions, such as capturing leaders or something of this nature. Some denunciations were presented at the international level and that the federal government is not giving assistance to indigenous populations and is committing genocide in many indigenous communities”, commented Orlando.

On September 24, 2021, the Minister of the Federal Supreme Court, Luis Roberto Barroso, prohibited the presence of religious missions in indigenous villages, believing that due to the pandemic caused by the coronavirus there would have to be a greater care with the people who live in isolation, so as not to be infected by people from outside their conviviality.

With the prohibition of religious groups in the villages, the Evangelical Parliamentary Front released a note of repudiation to Minister Luís Roberto Barroso, of the STF, because of the prohibition of religious missions in isolated indigenous villages alleging that the decision was “anti-Christian” and “anti-democratic” and was taken by the minister with the “simple intention of acintently promoting an ideological and religious persecution of Christian missionaries”.

“The decision of Minister Barroso consists of true persecution and an attempt to prevent missionary activities with the indigenous people of Brazil, precisely at a time when they need support, such as the current pandemic of Covid-19”, said the note of the religious front.

According to the Epidemiological Bulletin of the Special Department of Indigenous Health (Sesai), linked to the Ministry of Health, 53,997 cases of infected indigenous people and 817 deaths caused by Covid-19 have already been registered. In Amazonas, there have been 8,940 confirmed cases and 142 deaths caused by the coronavirus.

“Historically, there has always been resistance to ‘white medicine’. But what we are seeing now is an above average refusal, also helped by a campaign of discrediting and fake news, advertisements in an already complicated region. There is a lot of disinformation circulating with absurd stories like a chip implanted in the body of those who are vaccinated, to be monitored by the Chinese, will become alligators, or that the vaccine is made by abortion embryos. This is misinformation that generates fear and kills”, said Caetano Scanavinno, representative of the Health and Happiness Project, which has been active since 1987 in the Brazilian Amazon.

The Ministry of Health estimated the number of 406,962 as indigenous people of the target public to receive the vaccination against Covid-19. Of this total, 329,714 indigenous people have already received the single dose or two doses of the vaccine and are immunized, which corresponds to 81% of the target public. In Amazonas, the indigenous population that can receive the vaccination is 91,980. Already vaccinated with the second dose or the single dose, 70,682, which corresponds to 77% of the public target. For Orlando, this number could be even higher if there was no misinformation in the villages.

“The situation in Amazonas is worrying because of the ‘fake news’. Many ‘relatives’ were vaccinated with the two doses of the Covid-19 vaccine and many of the elderly are waiting for the booster dose, which can strengthen the body in the face of the disease. It is important that the vaccination agents continue on behalf of the indigenous communities and carry out the vaccination. It is regrettable what happened and we hope that the indigenous organizations become increasingly stronger and thus can respond for their communities to avoid misinformation”, concluded Orlando Baré. 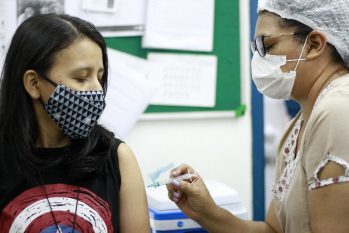 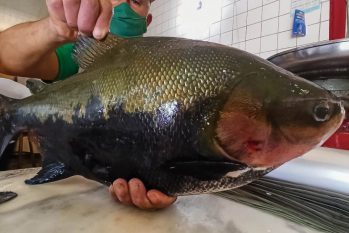 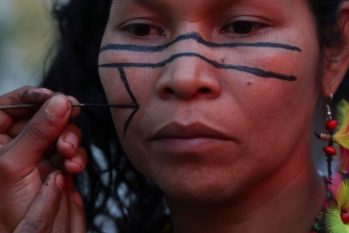