Início » Society » Death of indigenous leader by police generates revolt in the community: ‘The bullet that took his life hit us all’

Death of indigenous leader by police generates revolt in the community: ‘The bullet that took his life hit us all’ 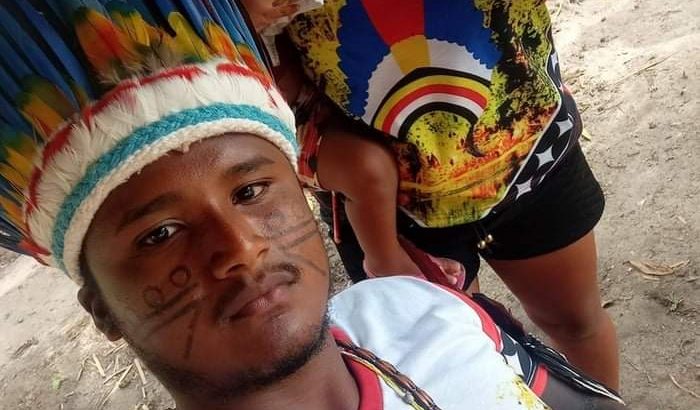 Version of military police officers that the young man reacted, to shots, to an approach, was repudiated (Reproduction / Facebook)

MANAUS – In Brazil, The death of the indigenous Isac Tembé, at the age of 24, which occurred last Friday night, 12, in the state of Pará, generated revolt among the Tembé people. Military police say the young man reacted with gunshots to an approach, while leaders in the region are contesting the version and claiming the authorities’ excesses.

“They killed his body and try to kill his memory when they attack the character of our young warrior and exemplary leadership. Isac was an honorable citizen, a history teacher, active in the community and the youth organization”, says the Tembé Indigenous Association of the Tawari and Zawaruhu villages.

Isac was shot in the chest by the police. The corporation says he responded to shots at an approach while stealing cattle. However, the Tembé people dispute the claim and say that the young man was killed while hunting, a practice that is part of the culture of the indigenous people, according to the leaders.

According to G1, the Federal Public Ministry is investigating the case and even sent letters, on Saturday 13, to the Military Police, the Federal Police, the Civil Police, and the National Indian Foundation (Funai) requesting information on the death of the indigenous.

The young leader leaves the pregnant woman, about to give birth to a Tembé child, “a guarantee of the continuity of this original people”. The Tembé people’s association issued a disapproval note against the police version and demanded expertise at the death site, in addition to an urgent response on the case. The document was released on Monday, 15, by the Articulation of Indigenous Peoples of Brazil (Apib).

“We are a people of joy and celebration; a peaceful, orderly, and law-abiding people. We demand from the authorities a fast, transparent and rigorous investigation, to identify and punish those responsible for this crime”, points out the manifesto.

The organization also reinforces that the Tembé territory is daily invaded and attacked by illegal loggers or by farmers who “insist on maintaining the occupation of parts of the Alto Rio Guama Indigenous Land, through cattle and other economic activities.

“We are not afraid. The Federal Constitution protects our rights and the Brazilian State needs to enforce what the larger law requires. We call on the authorities of Brazil and the world not to leave us alone! We demand that Funai, MPF, the Federal Police and all the competent bodies come to our territory and see what we have been through”, requested the association.

A public meeting was convened in the village of São Pedro, in the Alto Rio Guamá Indigenous Land. On that occasion, the Tembé people must decide the path of the struggle in search of justice. “We demand justice! Punishment of Isac Tembé’s murderers and killers ”, concludes the note.

“The hearts of the Tembé-Tenetehara people bleed with the brutal murder of our young warrior Isac Tembé. The bullet that took his life, only 24 years old, hit everyone who has lived in this land since time immemorial and permanently defends the forest and our traditional knowledge”, lament the Tembé leaders.