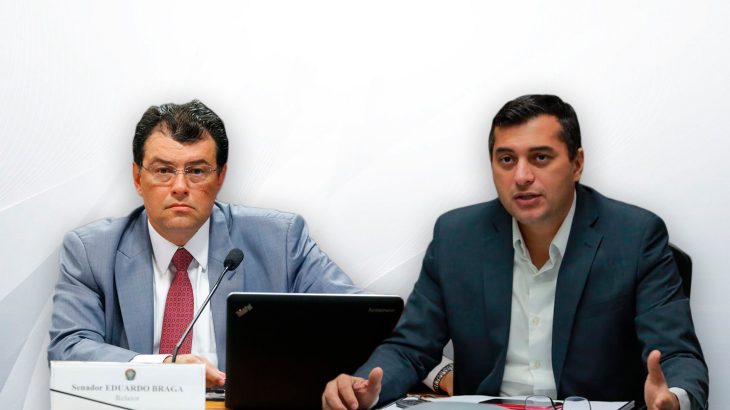 MANAUS – After CENARIUM published that Senator Eduardo Braga (MDB-AM) spread fake news about the increase in the Circulation of Goods and Services Tax (ICMS) on diesel in the Amazon, a decision published on Friday, 10, by Judge Paulo Fernando de Britto Feitoza, the 4th Court of the Public Treasury, determined that the parliamentary stop spreading fake news on the subject, with a deadline of 24 hours to remove any publication that attributes to the Amazonian government the responsibility for the increase in fuel in the State.

The decision meets the request for an anticipatory injunction filed by the State of Amazonas against the senator and Facebook. In publication, the magistrate also determines that the defendants disclose, within three days, the right of reply on the same social network, Instagram, and in the same manner in which the fake news was published.

Feitoza also determines that the senator and Facebook publish, within three days, a retraction on the social network and in the same manner of the posting of fake news, clarifying to all his followers that the accusations made involving the applicant are untrue. If there is no compliance with the measures, the defendants will respond jointly and severally with a daily fine of R$ 10,000.00, without limit of days.

In the publication made on social networks, on Friday, 3, Braga used a story with more than six months ago on the increase in the Tax on Circulation of Goods and Services (ICMS) on diesel, as if it were current, to criticize the Government of Amazonas.

Aiming at a probable candidacy in the 2022 elections, the politician places himself as opposition to the governor of Amazonas, Wilson Lima (PSC). The change cited in the post, about the tax calculation basis, occurred at the time, throughout Brazil, in accordance with an understanding of the National Council of Treasury Policy (Confaz).

Soon after the publication of the MDB senator, the governor of Amazonas retweeted the post on his Twitter account. “It is a lie and frivolous statement made by Senator Eduardo Braga and the newspaper linked to his family about ICMS diesel increase (in Amazonas)”, said Lima.

Besides Amazonas, Amapá, Roraima, Acre, and Mato Grosso, which are part of the Legal Amazon, kept the same percentage, according to Valor.

CENARIUM’s reporting team contacted the parliamentarian, who until the closing of this article had not taken a position.